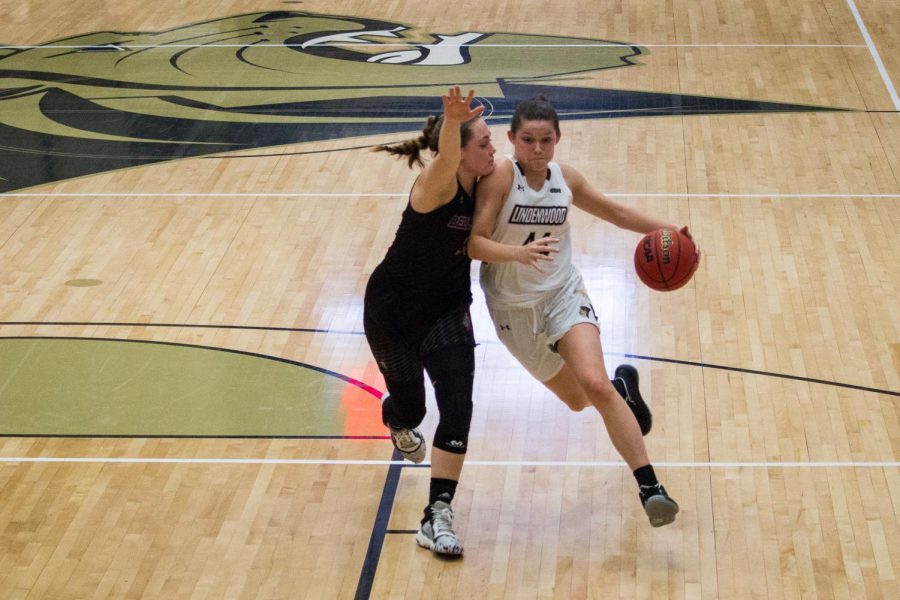 The Lindenwood women’s basketball team defended its home court Saturday by defeating the Bellarmine Knights, 78-67, behind an efficient offensive performance in the second half.

“It’s been a fun process to see our girls respond to moments of adversity and success,” head coach Katie Falco said after the game. “It’s never fun when you’re going through it, but it’s fun to witness the growth.”

The home victory comes after a devastating last-minute loss on Thursday to the University of Indianapolis when the Lions allowed a comfortable lead to slip away in the third quarter. With the Knights gaining momentum, the game was almost a repeat of Thursday when the Knights cut the lead short before halftime.

“Basketball is a game of runs,” Falco said. “You have to weather the storm, and putting a complete game together is the key. We take a break mentally and screw up a screen or a switch.”

Even with the defense allowing the Knights to catch fire from the three-point line, the Lions were creating friction of their own with an array of downlow post scores by Kallie Bildner and three-pointers from the crafty guards.

Bildner finished with 24 points and 12 rebounds, shooting 7-of-9 from the field and 10-of-11 from the free throw line and blocking two shots in the process. Both Lindsay Medlen and Julia Ruzevich scored in double figures, with 18 points and 13 points. Medlen led the three-point attack, shooting 2-of-4, while Ruzevich, Devin Fuhring and Jamie Bain each added a three-pointer. Kate Ruzevich stuffed the stat sheet, scoring seven points, grabbing 12 rebounds and dishing four assists.

The Lions were able to assert their offensive dominance in the second half, shooting 9-of-13 from the field in the third quarter and 7-of-10 in the fourth quarter. With a full-court defense, the Lions harassed the Knights and baited the guards into turnovers, creating a 13-to-3 advantage for the Lions in fast break points.

In the fourth quarter, the Lions outscored the Knights 26-16, winning their eighth game of the season to improve to 8-5.

“The GLVC is phenomenal,” Falco said. “Every night we’re challenged, and we have to be ready to go. Most of the game tonight was back and forth, but we were able to pull away at the end. I like the balance we had tonight from a production standpoint.”

The Lions host the University of Missouri-St. Louis on Jan. 20 at Hyland Arena.