Men’s basketball comes up short vs No.1 Bellarmine 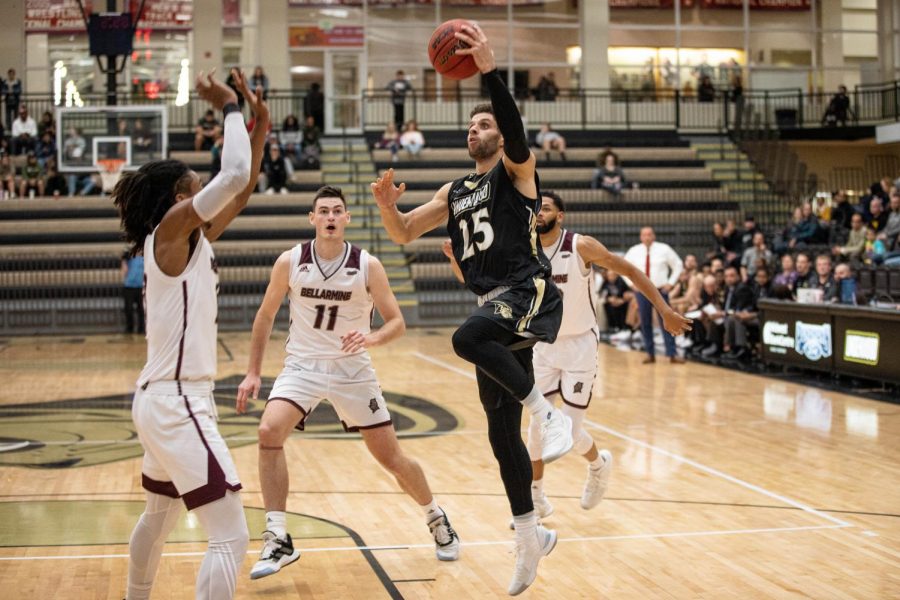 The Lion's Cameron Scales (25) lay up in front of the defender from Bellarmine on Nov. 20.

The Lindenwood men’s basketball team came up short in the Hyland Arena on Saturday against the number one in the NCAA Division II, Bellarmine University.

The Lions lost 65-56, making it the fourth straight loss for the Lions and brought their record to 8-7, 2-5 in the Great Lakes Valley Conference.

Both teams started the game fast on the defensive side of the ball, as both teams held one another to less than 30 points each in the first half. The Lions stayed in the game in the first half by hitting three shots from behind the arc, and went into the half at 29-25, down by only four points.

The Lions were able to tie the game up to start the second half, but the Knights regained the lead and wouldn’t lose it. The Knights led by as much as 16 points before the Lions made more shots. Bellarmine outshot Lindenwood 62.5 percent to 33.3 percent in the second half.

Cameron Scales led the charge for Lindenwood shooting 6-9 and finishing with 18 points. Tj Crockett followed with nine points and played 38 minutes for the Lions. For the Knights, Ben Weyer had a game high 20 points, and Alex Cook had a game high 7 rebounds.

Lindenwood is home against University of Missouri-St. Louis, at 7:30 p.m. Monday in the Hyland Arena.