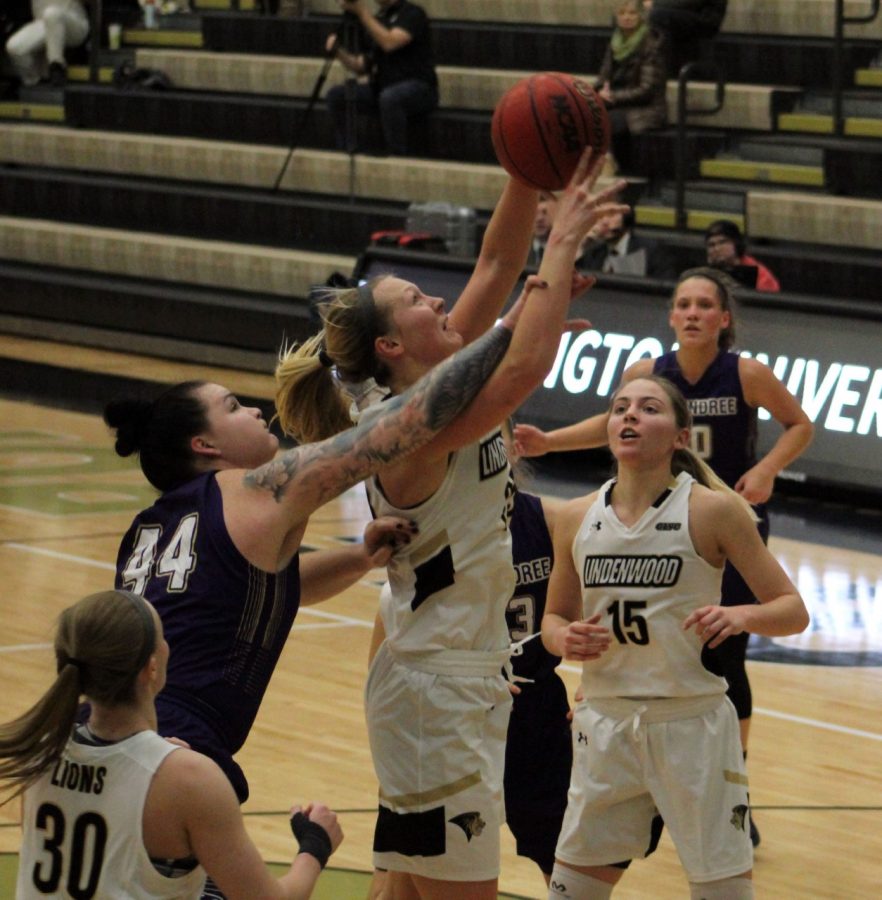 Forward Kallie Bildner jumps to make a shot during a game against McKendree University at Hyland Arena on January 30. The team secured a win with a final score of 103-74.

The Lions were held to 6-17 shooting in the second quarter, allowing 25 points from the Bearcats offense in the process. At halftime, the Lions were ahead 45-37.

That’s when the Lions offense blew the game open.

In the third quarter, the Lions shot 4-7 from three, scoring 30 points. Kallie Bildner, Devin Fuhring and Ellen McCorkle each hit two three-pointers, with Bildner being a perfect 2-2 from long range. The Lions were also lethal from the free-throw line, shooting 23-28, with Julia Ruzevich being 7-8, Bildner and Fuhring both being 5-5, Kate Ruzevich being 2-2 and Lindsay Medlen being 3-4.

The offensive rush wasn’t done, as the Lions offense would shoot 10-16 in the fourth quarter and score 28 points. Bildner finished with 19 points and 17 rebounds, shooting perfect from the field, three and free-throw line. Both Fuhring and J. Ruzevich scored 17 points, while Mckenna Montgomery added 15 points and McCorkle added 12 points.

During the contest, Bildner broke the Lions record for most career rebounds.