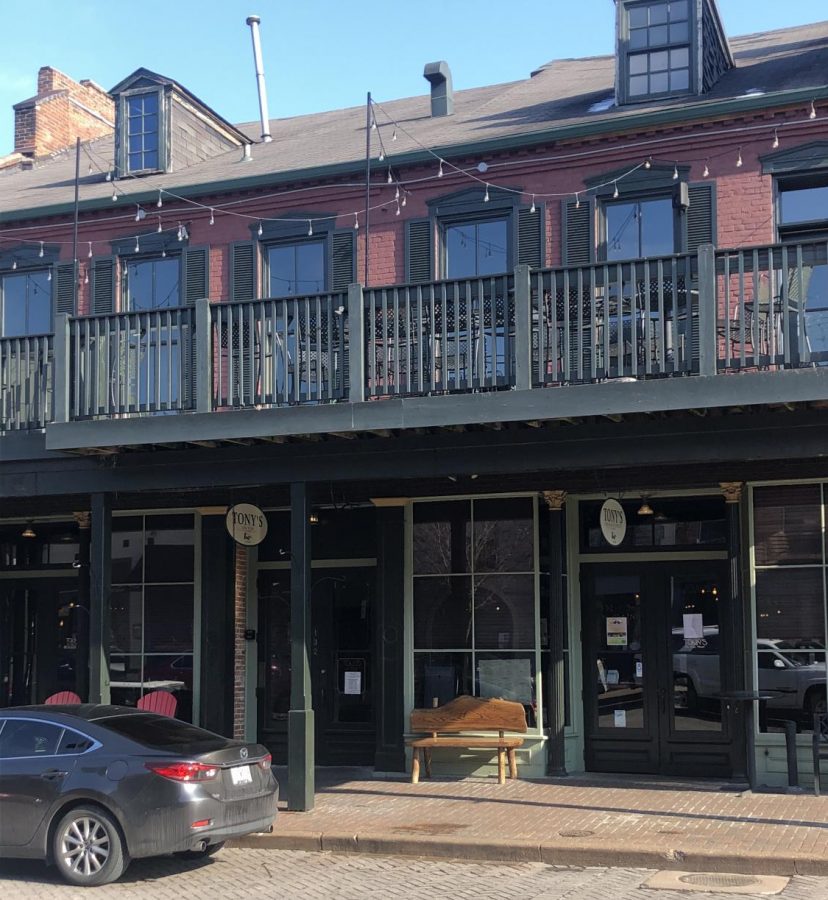 Tony's on Main, a restaurant on North Main Street.

In the latest attempt to change a controversial liquor law passed in 2018, the St. Charles City Council introduced two bills in its meeting Tuesday, which saw a heated discussion between the mayor and citizens who opposed the changes.

The bills, which will come up for a vote on Feb. 18, are nearly identical to a single bill introduced in November, which the council has not voted on. One of the bills would change how liquor license infractions are punished. The other bill removes a requirement that restaurants on North Main Street earn no more than half their revenue from alcohol, a regulation some have said is unnecessary and harmful for business.

Three Main Street business owners spoke against the new bills at the meeting, saying the 2018 law reduced crime and problems with rowdy nightlife, but Mayor Dan Borgmeyer responded that the law was not the cause of the improvements.

One of the speakers, Randy Schilling, founded OPO Startups, a company that owns nine properties on Main and rents work space to businesses and freelancers.

He said a number of new businesses have come to Main since the law was passed and listed two dozen startups who have started working at OPO in St. Charles.

Jim Eberlin, the owner of one of these startups, told the council he decided to move his business from St. Louis in part because North Main had gotten safer.

“As a business owner here on Main Street, I love what you got, I love the progress that’s being made there, and I’d like to preserve the historical aspect of what we have and focus more on those kinds of things,” he said.

The third speaker was Penny Pitman, president of a company that leases buildings on Main. She suggested there may be problems with the current law, but it should be fixed without allowing more bars.

“We’ve already proved that too many [bars] caused problems,” she said. “We no longer see the videos of people beating each other up and fights in the garage.”

According to data from the St. Charles Police Department, there were 73% more reported incidents in the area around Main in 2018 than in the first 10 months after the law went into place, and they were most common on North Main.

In response to the citizens’ objections, the mayor said that the 50% food requirement was an “overreaction” and did not cause the drop in crime.  The businesses that had been causing problems met the quota, and those that did not meet it, were not causing problems, he said.

“The premise that food controls behavior, in my opinion, is highly misfounded,” Borgmeyer said.  “The situation on Main Street was resolved through communication. Since I have been mayor, I have met consistently with the bars.  You don’t see the one-dollar shot specials anymore. The music has been mitigated. The speakers do not blare into the streets. We’ve added police presence.  We’ve added LED lighting you can see through your eyelids at night, it’s so bright.”

“If you’re in tune with what’s going on in the restaurant business, if you have two glasses of wine apiece and an entree, your wine bill is going to be more than your food bill, and there’s going to be no 50% match,” he said.

Business owners comment on new alcohol bills during the city council meeting on Feb. 4, 2020, and the mayor responds. Eberlin speaks at the start of the video, followed by Schilling at 3 minutes in and Pitman at 9:43 in.  Borgmeyer responds at 18:15 in the video.   Video from the City of St. Charles.

Under current law, liquor license holders in St. Charles can lose their license if they get more than three points.  Currently, serving minors or visibly intoxicated patrons and exceeding the occupancy limit will put a restaurant over this limit after only one offense.  The new bills would lower the number of points for these violations so that they would not.

“I think if someone serves an underage minor one time, they shouldn’t lose their liquor license and their business over it,” Borgmeyer told Lindenlink.

The bills would also let points expire after 12 months and establish an appeal board for liquor license violations. Currently, violations are appealed to the same board that issues them.