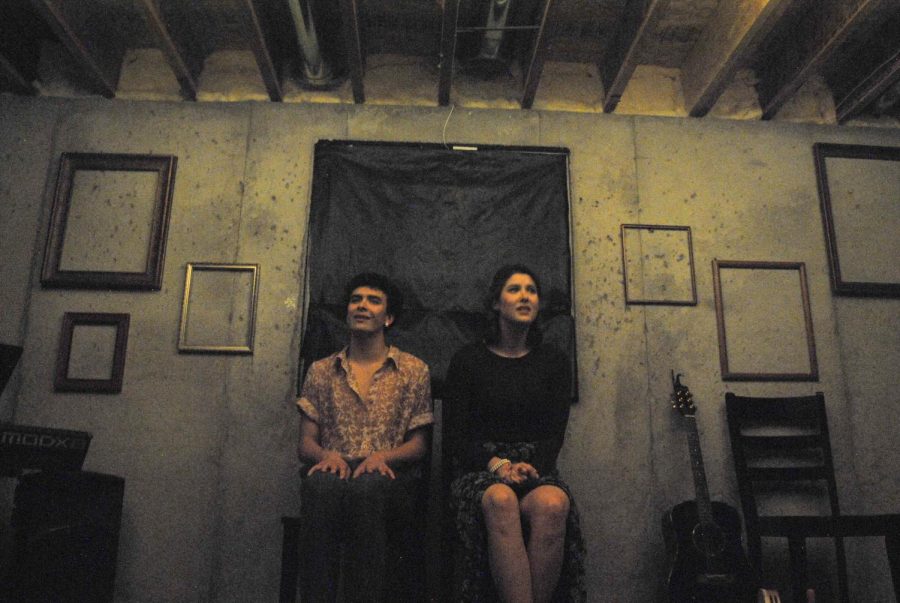 A group of theater students at Lindenwood started a new theater production group, “The Basement Theatre,” which, as the name suggests, performs all its productions in a basement.

Seniors Louis Hansen and Allison Arana built a team of theater students to produce small, intimate shows with a substantial impact. Their stage is the basement of a house off-campus in New Town, St. Charles.

Every aspect of the shows are credited to the five students involved, whether it be lighting, costumes, props, or set. Hansen said they get most of their set by thrifting or just talking to the right people.

The original duo came up with the idea while on a trip to New York City. They were inspired by an intimate showing of “Oklahoma!” at the Circle in the Square Theatre in Midtown Manhattan.

The “Circle in the Square Theatre” is a “thrust” style theater. The stage literally thrusts out into the audience on three sides, giving the audience a closer, more personal viewing.

“It was inspiring to see such an iconic show in such a different setting,” Hansen said.

“Oklahoma!” is a large production and usually requires sizable funding and a large cast.

“But, that’s not the only type of theater there is,” he said. “We wanted to show people another side of theater to experience.”

Along with Hansen and Arana, the rest of the team – Jacob Sellers, senior, Camden Scifres, junior, and Michaelina Miller, sophomore – put on their first show, “Ghost Quartet,” on Halloween of 2019.

The group is heavily involved in the productions at Lindenwood, which, Hansen said, is the main hindrance when putting together a show for Basement Theatre. But, the group tries not to worry about how much time and money it has, or lack thereof, and tries to focus on putting together a piece of art.

As a small group, they choose their shows based on availability and theme. The basement is kind of rugged so the shows need to reflect the environment that is available, Hansen said.

He said they buy the rights to every show they perform. They wanted to do it right. He said even though this is getting more real as it progresses, he couldn’t stress enough that this is just for fun. Tickets to Basement Theatre shows are free, but only around 50 people can come to each show due to the basement’s small size.

The Basement Theatre is putting on its next show, “The Vagina Monologues” beginning March 20. Click here to visit their Instagram page with a link to tickets for upcoming shows and more information regarding who they are.