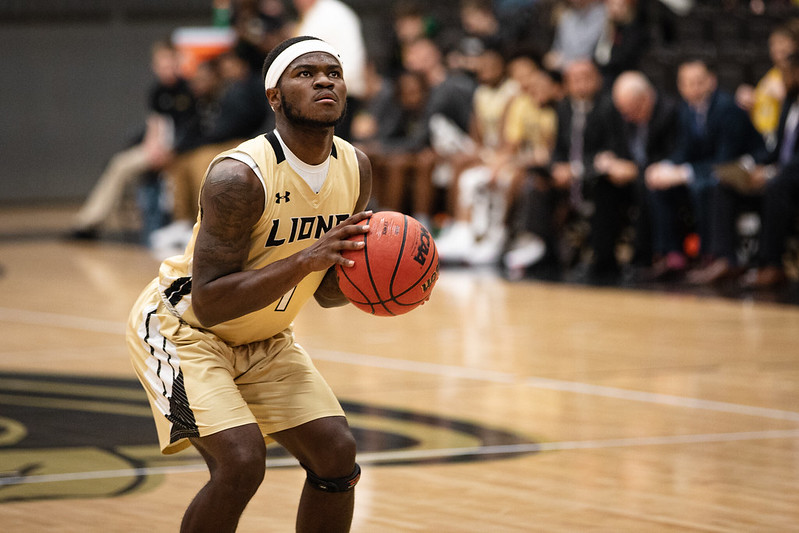 This week was the end of the road for some Lindenwood teams, but for others, it was the start of something that could become special.

Men’s ice hockey and women’s basketball finished their regular seasons dominating, and could have a shot at competing in the postseason tournaments. Other action across Lindenwood includes the Great Lakes Valley Conference Championship for the track and field teams, and a busy Lou Brock Sports Complex as both baseball and softball were home this weekend.

For details on all of these sports and more, check out this week’s edition of the Lions Weekly Roundup.

Entering the week as the 17th ranked team in Division II, Lindenwood hosted the Truman State Bulldogs in back-to-back doubleheaders on Saturday and Sunday. The Lions got off to a winning start, earning a pair of wins on Saturday thanks to a combined 15 runs across the two games. Bryce Beckmann went a combined 4-8 with four runs.

Kyle Hentis took the mound in the first game and was lights-out again, delivering seven shutout innings while also striking out seven batters. The Lions’ pitching staff was sharp again in the second game, allowing just one run for a 3-1 win. Jayce Maag went 2-4 with two runs scored in the win.

A top 15 spot in the national rankings seems to be next in-store for Lindenwood, who have won all 10 games they have played at home so far this season. At 12-1, they’ll once again remain at home for next week’s series against Southwest Baptist.

Kyle Gerdeman’s first year as head coach ended on a high note, as his team won both of their final two games against Illinois-Springfield and Lewis. First on Thursday, the Lions had a huge second half, scoring 49 points to defeat Illinois-Springfield. Anthony Christian’s 20 points were a team-high, while three other players scored in double-digits.

In their final game of the season on Saturday, it was the other way around as a 52 point first half paced the Lions to win over Lewis on Senior Day. The visitors put together a strong second half comeback effort, but Lindenwood and T.J. Crockett’s 17 points helped the Lions pull through in the end.

Luka Radosevic, a senior from Belgrade, Serbia, averaged 11.9 points per game on a strong 51% from the field in his final year. Lindenwood’s other senior was Sukhman Bhinder from Sydney, Australia, who led the team with 3.0 assists per game. As a team, the Lions finished 12-16 overall and 6-14 in GLVC play.

Lindenwood celebrated three key seniors in Megan Foster, Lindsay Medlen, and Kallie Bildner, over the week as they played their final two home games of the season. First up on Thursday was a 20 point blowout of Illinois-Springfield. The Lions scored at least 19 points in each of the four quarters.

While it may have been Senior Day on Saturday, it was also the most important game of the season as Lindenwood hosted the Lewis Flyers. For the NCAA tournament, the top eight teams in each region make the postseason. Entering the day, Lindenwood was ninth, and Lewis was eighth. Behind a 25 point outing from Bildner, the Lions got the all-important victory to help boost their NCAA chances.

At 18-8 overall and 14-6 in conference play, the Lions are the fifth seed heading into their first ever GLVC tournament. Their first game will be on Friday at 2:30 p.m. against the fourth seed, the Truman State Bulldogs.

Columbia, Missouri was the destination for Lindenwood on Friday in their final road trip of the regular season. As a team, the Lions finished in third place out of four with a score of 194.700 on the day. Lindenwood finished ahead of No. 31 Ohio State, while Missouri won the competition with a 196.775 tally.

Lindenwood will be back at home on Friday as they host Air Force and Southeast Missouri State.

It was an utterly dominant weekend for men’s ice hockey as they travelled to Missouri State to take on the Bears on Friday and Saturday. First on Friday night, Braden Shea scored his first hat-trick as a Lion to help pace the team in their 5-1 win over the Bears to start off the two-game set.

The Lions had yet another strong regular season campaign in 2019-20, finishing with a record of 25-7-0 overall and as the No. 3 team in the nation. Lindenwood is the number one seed for the Central States Collegiate Hockey League Championship.

The 2019-20 season has come to an end for the women’s ice hockey team, losing one and tying another in Rochester, New York, against Rochester Institute of Technology. The Lions nearly came back to win on Friday, scoring two goals as opposed to RIT’s one in the third period but it proved to not be enough, falling 4-3.

On Saturday, Lindenwood came away with their fifth tie of the season. Only two goals were scored on the day by both teams, with them coming in the first period. Courtney Ganske was the team’s lone goal scorer, while Annika Asplundh made 27 saves to keep the Lions from suffering a defeat.

Lindenwood finishes the regular season with a 5-23-5 record overall, and were 3-15-2 in their conference games this season.

It was a huge week for No. 5 women’s lacrosse, first earning their third win against a top 15 team on Tuesday when they beat No. 7 Tampa on the road. Goalie Eleanor Kast made a stunning 13 saves to help the Lions get the victory. Erin McGuire scored yet another hat-trick, leading the team in points so far this season.

Tiffin came into town on Sunday, and their fate was no better than the four teams that have played against Lindenwood so far this year. Lindenwood had their largest win of the season, winning by 18 goals against Tiffin in an offensive explosion. McGuire scored four times, while Hannah Doughty and Meghan Rea both scored three.

Women’s lacrosse is showing no signs of slowing down as they’ll host #19 Grand Valley State on Wednesday and then Findlay on Friday.

Parkside was in town for a weekend set in Lindenwood’s home opener, starting with a doubleheader on Saturday. The Lions scored four runs in the seventh inning of their first game, but it wasn’t enough as Parkside scored the game-winning run in the eighth to win 5-4. Lindenwood was held to just one run in the second half of the doubleheader, falling 5-1.

Things got better on Sunday, with Marina Esparza and Amanda Weyh coming out of the bullpen to hold Parkside to just one run and five hits. Stormee Galka paced the team at the plate, 2-3 with a run scored. Weyh was credited with the win over Parkside.

Despite losing two, the Lions are still a strong 7-4 on the season after 11 games played. Lindenwood has two doubleheaders on the way this week, with one on Monday against Lincoln and the other on Tuesday vs. Saint Louis College of Pharmacy.

After suffering a defeat last Saturday at the hands of No. 5 Lewis, men’s volleyball responded well with wins on Friday and Saturday night. Ball State was first on Friday, with Lindenwood taking the first set and then falling in the second. But the Lions bounced back, taking the next two and winning in four sets.

Lindenwood also won in four sets on Saturday against the Ohio State Buckeyes. It was 1-1 once again after two, but the Lions came back and took the third 25-20 to take a 2-1 lead. The fourth set was a thriller, with Lindenwood coming out on top 29-27. Diego Negron led the team with 15 kills, followed by Phil Swartz’s 14.

They’ll travel across the country to California with contests against Long Beach State and the University of Southern California next weekend.

Competing in the NCAA Division II Super Regional in Hays, Kansas, the Lions finished third with 114 points on the day. With 126 points, No. 2 McKendree earned a first place finish in the competition.

Lindenwood saw strong performances out of multiple wrestlers among their weight classes. Tanner Hitchcock won in the 133-pound weight class for the second straight year, while Colby Smith was dominant in the 141-pound class. Also earning title victories were Abner Romero and Courvoisier Morrow.

The 2020 Division II National Championships are up next for No. 7 Lindenwood, who will have six wrestlers competing in it on March 13-14 in Sioux Falls, South Dakota.