A Lindenwood Guide to medical marijuana 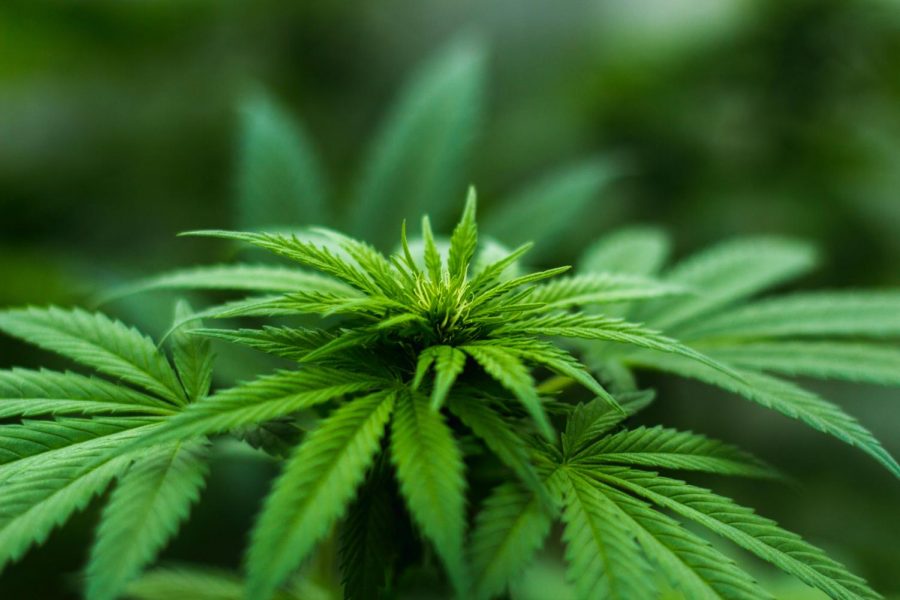 Here is your Lindenwood Guide to medical marijuana.

Twelve dispensaries in St. Charles were awarded medical marijuana licenses in January after two-thirds of Missouri voters approved an amendment allowing the drug for medicinal uses in 2018.

The student handbook was updated in August to prohibit medical marijuana (page 13).

More than 35,000 Missourians have been approved by the state health department for medical marijuana ID cards so far, but no weed is expected to actually be sold until later in the year.

So, what can students at Lindenwood expect? And what questions are students asking about medical marijuana (and recreational just across the border in Illinois)?

Lindenlink found answers from the St. Charles County prosecutor and Lindenwood’s Associate Vice President of Student Life and Diversity.  Fill out the form at the bottom of this article to give us your questions about marijuana.

This story will be updated continuously as more questions are submitted.
Associate Vice President of Student Life and Diversity Shane Williamson
Q: Is Lindenwood not distinguishing medical marijuana from recreational marijuana on campus?

A: No. While Missouri as a state has approved medical marijuana with a license, marijuana is still considered an illegal controlled substance by the federal government. So since Lindenwood receives federal funding like Pell Grants, things of that nature, we have to abide by federal guidelines. Even for our Belleville campus where recreational is completely legal, as long as you’re 21 and over, it’s still prohibited on campus because it is against federal law.

Federal law trumps everything, and also if you look at the Drug Free Schools Act, that we have to abide by, it says that [marijuana] is still a controlled substance, which makes it illegal.

Q: So no forms are allowed on campus like gummies, edibles, anything?

A: That is correct.

Q: Let’s say a student is in housing and they have weed on them. Whether that’s edible or any form and a room check finds it, what happens?

A: That student would be held accountable. He or she would have to come up and see Dr. [Terry Russell, director of Residential Life] and he would have a conversation with that student because that’s a violation. The typical process is, if we find drug paraphernalia or drugs in general, depending on how much is found, then [Public Safety] can pass it on to St. Charles police.

Then students have to pay a drug test. We want a baseline for their THC results and also tests for other things such as like amphetamines, cocaine, things of that nature. And then the students sign a success contract, where they have to do 25 hours of community service in six weeks [as] social probation. They have to test every three weeks. So as long as their test levels are declining, then we know that they’re doing what they’re supposed to do.

Now in this situation where a person has a medical license to have marijuana, we’re not going to see a decline. So their situation will be here’s your choice. You cannot have this on campus, you are a grown adult, we cannot tell you not to take a medication that was prescribed to you. So you need to make a decision whether to move off campus or you don’t bring your marijuana to campus. It’s like alcohol, it’s legal federally and state, if you’re 21 and over, you just can’t have it on campus.

Q: I think the argument though is alcohol isn’t medically prescribed. People aren’t prescribed a beer. So do you think you’ll see any backlash because some people depend on this for anxiety and other illnesses?

A: There’s always options for backlash, right. But what I’ve been communicating to students is it is federally illegal. And so federal law overtakes anything that the state says. And I think what students understand is, if we were to say, yes it’s permitted, we could lose all federal funding. Then we wouldn’t have students right? Because then they’re no longer eligible to receive any loans or grants or Title IV funding from the federal government. Then if students try to say “Oh, well, ADA, it’s an accommodation,” ADA does not accommodate for controlled substances.

Q: How are other schools reacting?

A: I looked at Colorado and other states where this has been going on for several years [to edit the student handbook]. They had the same guidance, because once again, no one can afford to have their federal funding taken away.
St. Charles County Prosecutor Tim Lohmar
Q: Do you think that there are any inconsistencies with the medical marijuana legislation, or is it comprehensive enough? Do you see any issues in the future?

A: As a trained attorney, it’s complicated to me when I read through the 40 some odd pages of regulations. So my concern is that, you know, the average citizen who wants to take advantage of this program, it’s gonna be really difficult for them to understand what they can and can’t do.

Q: What are some of the more nitty-gritty details of this legislation that would be hard to comprehend?

A: We get that question a lot. And it’s probably just gonna be case by case. We still are going to prosecute marijuana laws on the books the way we always have. But there are bound to be circumstances where maybe it’s unclear. If somebody does have a license to use medical marijuana, depending on the circumstance, it might be a little bit more difficult.

Q: Have you turned to any other prosecutors from states like Colorado or Washington or California to ask for advice?

A: We are in conversation with our local police departments about impairment, somebody may legally possess medical marijuana, but that doesn’t mean that if you get pulled over and they’re under the influence, they could still be charged with driving under the influence. But the challenge for us is, we have all the tools in place to determine if someone is under the influence of alcohol, but drugs are a little bit different. You have to have a certified drug recognition expert to actually testify as to impairment and that’s relatively rare for us. So moving forward, we’re going to have to have more out there. Each department has at least one drug recognition expert.

Q: So someone gets pulled over and the officer thinks that they are high in St. Charles County. Could they be prosecuted for that? Even with a medical marijuana card?

A: Yes. Just like alcohol, if you have too much then the same rules apply.

Q: Is there a baseline limit applied yet to how high someone can be?

A: Well, that’s the hard part. So, with alcohol, the sciences allowed us over the years to say “Okay, with your blood alcohol, half is .08 or higher. There’s a presumption that you’re impaired.” With drug impairment we don’t have anything like that, so that’s why the training of the drug recognition experts is gonna be that much more crucial because there are lots and lots of clues they have to investigate, to be able to say whether somebody was under the influence of drugs.

Q: Have you had any problems or foresee any issues with people or residents coming back from Illinois, because Illinois is recreational now?

A: We haven’t yet, although we expect we’re going to.

Q: Most colleges and universities do not allow their students to, even if they have a medical marijuana card, even if it’s legal, they don’t allow it on campus. Could the city or courts get involved, or is it just a disciplinary action by the school?

A: If you’ve got the card legally, you just have to be aware that there are some pretty complicated regulations about possession, but outside of that, it’s legal.

Q: How much time did marijuana prosecution take up before medical marijuana was?

A: The majority of our [cases have been] possession with intent to distribute, possessions of large quantities. There’s always gonna be a black market for that, even if it’s fully legalized, which I anticipate at some point down the road, that black market’s still going to exist.

Q: How have people’s attitudes towards marijuana changed?

A: I think historically, we, as a society in the United States, have been trained that marijuana is the same as cocaine, is the same as crack and is the same as methamphetamine. And I think there are a lot of studies, both scientific and unscientific, that will prove otherwise. Obviously, there’s a big push around the country to fully legalize marijuana, so I think the average constituent looks at marijuana differently.

Q: Could medical marijuana lead to any violence?

A: Well see even now, most of the time it’s more complicated because the federal government still criminalizes all types of marijuana. Therefore, FDIC-insured financial institutions are not allowed to accept the positive marijuana sale proceeds. And so it is a cash game until the federal government changes its regulations and that’s where you run the risk of potentially violent situations with people. Money creates greed and greed leads to dangerous hotspots.

Q: What are some other unintended consequences of medical marijuana legislation?

Submit this Google form and we’ll get the answer for you.

Editor’s note: These interviews have been edited for brevity and clarity.