How Safe Are You at LU? 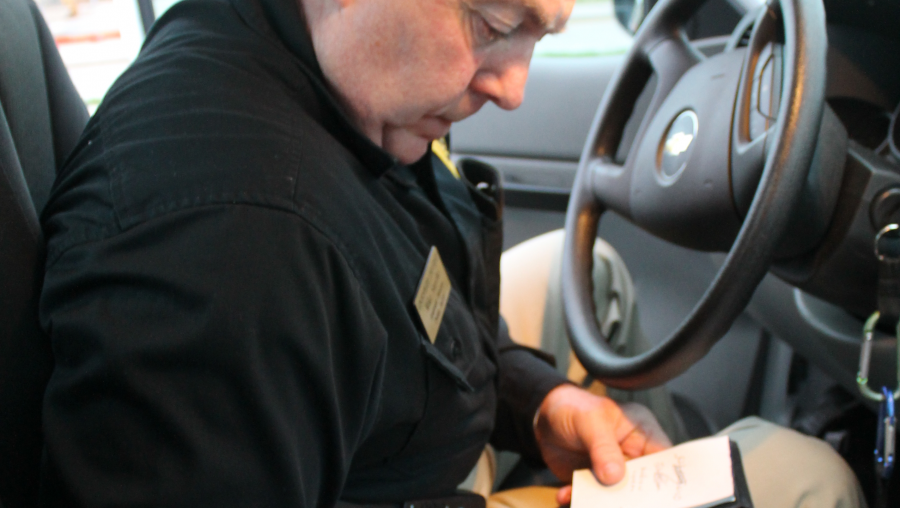 The shooting in Newtown. The stabbing at a Texas community college. The bombings in Boston that led to a fire fight that killed a campus security guard. School safety is in the news and on everyone’s minds. Despite law enforcement’s best efforts, the United States continues to struggle with the best way to head off attacks.

To better protect students, schools everywhere, including Lindenwood, are stepping up their defenses. Protocols vary depending on the type of threatening situation.

But university security guards are unarmed, which could affect how quickly they could respond to an active shooter situation, according to several security officials.

The protocol for bomb threats includes checking the public areas of a building that’s being threatened.

“We would also ask the professors to look around their rooms and see if anything’s unusual in the classroom,” Bowman said.

Security must decide which threats are legitimate or simply ploys to get out of class. Bowman said that whoever answers the call must fill out a checklist that includes exactly what the caller said and the description of any potential devices.

“We can’t evacuate on every bomb threat; kids would be doing that just because they didn’t have their homework done,” he said.

With these larger scale events, Bowman wants Lindenwood students to know the protocol, but educating them on the proper procedures has been a challenge. Although the information is in the student handbook, many students don’t read it, he said.

Bowman said one solution would be for professors to review safety procedures when going over the course syllabus at the beginning of each semester.

On a daily basis, LU’s security does its best to keep campus crime to a minimum. Usually, three or four guards work every shift, including nights. All guards have incident command training as well as training in first aid and use of an automatic electronic defibrillator.

In all, 11 full-time and seven part-time guards patrol campus. They also have work and learn students who work in the security office.

Lindenwood battles many of the same problems as other college campuses in the area. In the past three years, reported crimes have included 37 burglaries, two thefts, six assaults and one arson. Despite these activities, Bowman wants students to feel comfortable around campus.

“We’ve made improvements and have very little crime,” he said. “We’ve added lighting over by Harmon, increased security patrols and added security radios.”

In addition, Lindenwood has more than 160 surveillance cameras placed around campus, most of which are located in public areas, classrooms and parking lots. Bowman believes a key to campus safety is getting students involved and following school procedures.

Members of LU’s Investigative Reporting class compiled data over the past four months, collecting hundreds of statistics and conducting dozens of interviews. Perhaps the school most similar to LU is Maryville University. Like LU, Maryville also has a security staff, not a police department.

It is situated about 14 miles from Lindenwood in west St. Louis County, and it boasts one of the lowest crime rates for area colleges. Fewer than 20 crimes have happened at Maryville in the past three years.

“Our campus is a safe environment as long as our community members remain aware of their surroundings and practice good safety habits,” said Michael Parkinson, director of public safety. Maryville takes a different approach in that it trains staff with an “all-hazards” emergency plan, which is designed to deal with a variety of emergencies.

“We have been working hard the past few years to get our critical incident management team and our executive policy group trained to respond during a crisis,” he said. While Parkinson feels his staff could handle most situations, some could prove difficult.

“We are not armed so we would have very limited response capabilities in a situation like Virginia Tech,” he said. “Campuses that have unarmed officers are reliant on the quick response of local police agencies.”

Maryville students are in the process of learning safety measures for their campus and how to react to various campus emergencies.

“We’re supportive of the ‘run, hide, fight philosophy’,” Parkinson said, “and are trying to incorporate this in the crime prevention programs we provide to the community as well as the development of our individual building emergency plans.”

In the future, Parkinson hopes to find innovative ways to train, have a program for first-year students to inform them of the procedures and have better tools for his officers to protect students. LU’s closest college neighbor is St. Charles Community College (SCC), which is 10 miles away in Cottleville, but SCC’s approach to security is strikingly different than LU’s. SCC has its own police force on campus and also has its own police academy. Bob Ronkoski, the chief of police for SCC, said that students feel extremely safe on campus.

“Students are happy that we have college police officers on duty,” he said. “They know that the police officers receive the latest training on how to respond to emergencies and violent intruders.”

“The police officers are armed with .40-caliber Glock semi-automatic pistols and carry a minimum of 46 rounds of ammunition at all times,” said Ronkoski. “If there is an emergency on campus involving an active shooter, an unarmed officer would not be able to prevent the shooter from continuing to kill innocent victims. Our police officers are trained to engage the active shooters and eliminate the threat.”

St. Charles Community College is a commuter college with no on-campus living, so they don’t have some crimes common to dorms like burglary and theft, but they do have a fairly large student population of more than 10,000. Crime on their campus has been extremely low, with only four crimes reported in the last three years.

Another campus in the St. Louis area is University of Missouri St. Louis (UMSL). Situated 14 miles from LU near Lambert-St. Louis International Airport, UMSL has a fairly large population with a little over 16,000. Like Lindenwood, the majority of on-campus crimes are burglaries, with 42 over the past three years. Other crimes included one theft, 10 assaults and eight auto thefts.

Like SCC, UMSL has its own police force on campus. Capt. Charles Roeseler, commanding officer at the Bureau of Special Operations, said that all officers are trained in active-shooter response.

“My belief is that most students, faculty and staff feel safe on campus,” he said. “This is especially true during daylight hours. In the evening there are some concerns by students about lighting and the proximity of the Metro Link stops.”

He said the university has been responsive in addressing those concerns, and in conjunction with the police department receives reports of lighting outages as they occur. UMSL tries to trains students for situations that might arise on campus.

“These include rape and violence prevention, verbal Judo (how to talk your way out of a conflict) and what to do in case of emergencies (fires and natural disasters),” said Roeseler. “Most of these are coordinated through residential life.”

“I would hope that they [the students] would feel safe,” Bowman said.