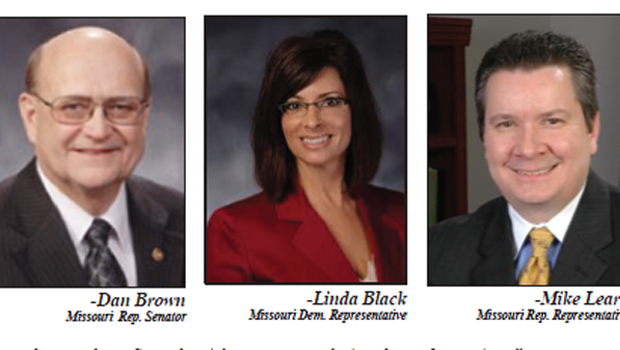 In response to the shooting tragedies of 2012, legislators across the country have pushed the issue of gun control to the top of their agendas. Even on the federal level, President Barack Obama’s administration has opened the door to discussing bans on certain weapons.

At first glance it may seem like the entire country is considering ways to regulate and tighten gun control, but Missouri is actually moving in the opposite direction.

Since the beginning of the year, dozens of bills have been introduced to protect the Second Amendment. Seven state proposals even go so far as making any restrictions approved on the federal level unenforceable in Missouri.

One of the biggest arguments across the country involves high-capacity and assault-style weapons, but only two bills in Missouri would ban these firearms and their magazines.
Even some Democratic lawmakers in Missouri are supporting pro-gun trends. Democrat Linda Black of Farmington is a supporter of House Current Resolution 20, which reinforces and strengthens the Second Amendment.

Black said she is not letting the fallout from the Sandy Hook Elementary School shooting affect what she values.

“When I took office I swore an oath to the United States Constitution,” she said. “The Second Amendment is in the Constitution, and I swore to protect those rights.”

Black doesn’t argue that gun violence is a problem, but she said that she and her colleagues don’t feel that banning guns is going to be successful or necessary.

“Our proposal closes the loopholes in background checks and looks at mental health to target the people who are dangerous to society,” she said. “We have to fix the people.”

Along with protecting rights guaranteed in the Constitution, Missouri lawmakers are also taking on the issue of guns in schools for protection.

Republican Sen. Dan Brown has received national attention in response to controversial Senate Bill 75, which would require first graders in Missouri to learn gun safety in school. While it may seem like a direct response to the shooting at Sandy Hook Elementary School, the issue has been on Brown’s mind for a while.

“I introduced the bill the day before Sandy Hook so it wasn’t a knee-jerk reaction,” said Brown. “I have been working on this for a couple of years, but in light of Sandy Hook, it became a hot item and moved quickly out of committee.”

Brown said that even though some people might view his measure as extreme, he is just trying to think out of the box.

“The program is taught on a first grade level by the NRA’s Eddie the Eagle,” he said. “He is just a cartoon who shows kids to stop what you are doing, leave the area and tell an adult.”

College students could soon be bringing their weapons to school and concealing them on campus.

House Bill 92 proposed by Rep. Chuck Gatschenberger from the Lake Saint Louis area would change the minimum age to get a concealed carry permit to 19 from 21.

Some state legislators are very passionate about not restricting gun rights. One lawmaker even turned the tables on anti-gun legislators.

Republican Rep. Mike Leara from the south St. Louis County area introduced a bill that would make it a felony for any legislator to even propose anything that would violate the Second Amendment.

Not everyone admires the pro-gun atmosphere in Missouri though. The Law Center to Prevent Gun Violence gives Missouri an F and ranks it 27th out of 50 of states that have enacted gun violence prevention laws.

According to its 2012 publication, “Gun Laws Matter: Understanding the Link Between Weak Laws and Gun Violence,” Missouri does not do much to prevent gun violence.

In data published by Mayors Against Illegal Guns, guns used in crimes in Missouri usually are recovered soon after the original purchase.

With or without gun violence, Missouri has a long history of protecting Second Amendment rights. Even in light of recent tragedies, it doesn’t seem like the overwhelming traditional outlook will waver anytime soon.