Does Gun Control Work in Other Countries? 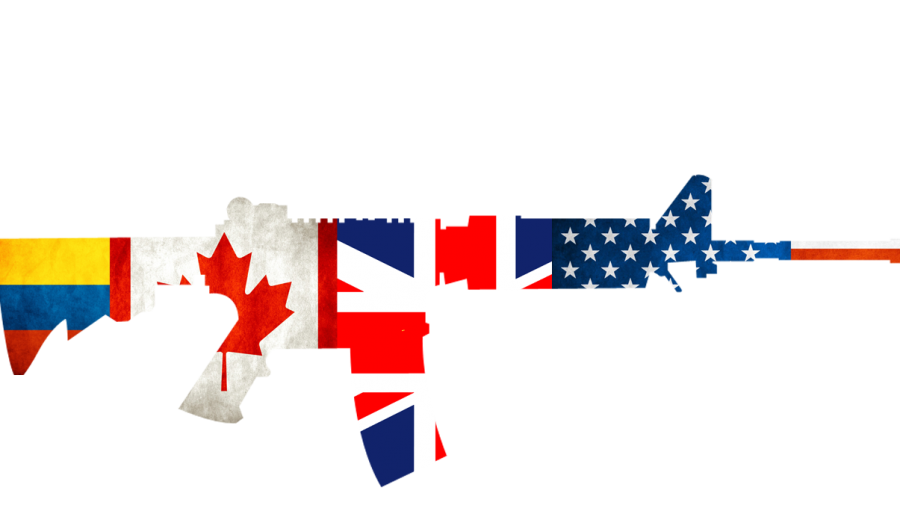 The recently fired-up issue of gun-control  took a big turn last Wednesday as attempts at reform were blocked by a defiant Senate.

Expansions on background checks, a ban on high-capacity magazines and a ban on assault weapons all fell short of the 60 votes required to send them to the House.

With pro-reform officials on Capitol Hill now left scratching their heads, perhaps it’s time to look outside of our borders for answers – what are international students saying about the issue?

Britain, the globally recognized stalwart for gun-control, suffered just 155 firearms-related deaths in 2010 compared to the 31,672 here in the United States – that’s a staggering difference.

Owen’s father, Pete, legally owns a shotgun and is required by law to undergo two annual inspections of his weapon, keeping it locked up out of view.

“The main difference is my dad owns a gun because he likes pheasant and duck; here it’s more of a power/protection issue that we simply don’t suffer from,” said Owen.

Colombia, a nation whose past is riddled with violence and gun crime, is now protected by a stringent gun-control legislature that bans pistols and revolvers of calibers superior to 9.652 mm, automatic arms and semi-automatic rifles.

“I think Americans are too paranoid about being attacked,” said Santiago Rojas, a Colombian business major also studying at Lindenwood.  “They are too concerned about having their rights violated when they should be sitting down and seriously discussing this issue.”

Rojas’s father served in the military and as a result was able to keep his automatic weapon.

“Yes my dad has a gun, but it’s just a relic, a memory of his time in the service, nothing more,” he said.

On Feb. 1, 2012, newly-elected Bogota Mayor Gustavo Petro introduced a three-month ban on carrying guns in the nation’s capital. It saw a 31 percent decrease in homicides, the lowest numbers recorded for 15 years — hard proof that a ban can have an effect.

Arguably America’s closest relative, Canada, would provide a good cross-analysis.  It has 10 million registered firearms, ranking it 12th in the world, with semi-automatics and pistols available legally with a license. However, there were just 173 firearm homicides in 2009 (0.5% per 100,000 people), a stark difference to the 12,179 in the U.S (4.01 %.)

“Guns are so deeply tied to their culture you’re never going to root it out,” said Christie Ryan, a 23-year-old Canadian student studying veterinary medicine at the University of Guelph. “I think maybe tougher licensing for owning a gun, that’s what we have, I believe.”

Indeed they do, with several background checks required, as well as third-party interviews with friends and relatives required before a permit can be granted.

Maybe our international friends have a point. At the very least we’ve got something to think about.