‘You can never take anything for granted.’: athletes react to COVID-19 cutting seniors’ seasons short 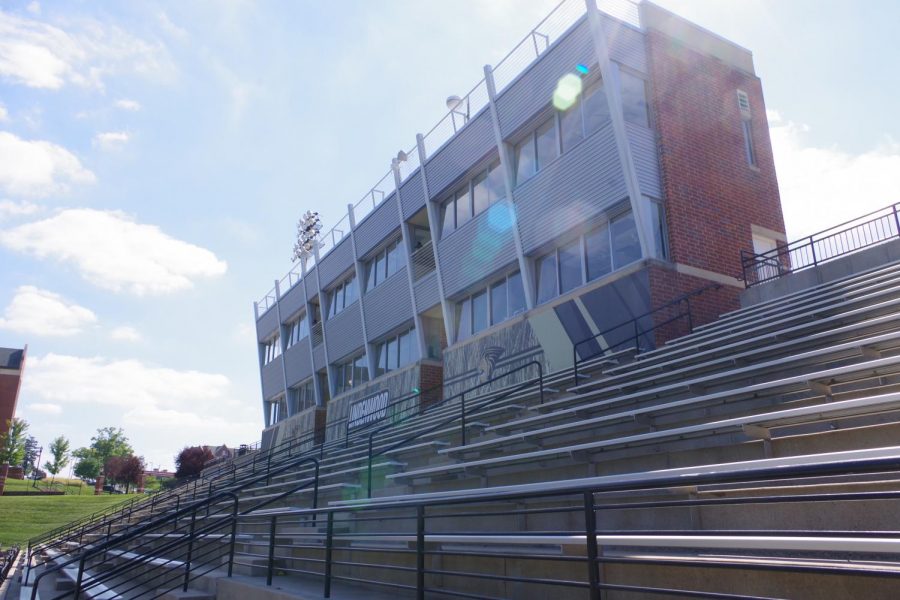 For the seniors, all it took was a moment to end everything.

Whether they were told in an email or by a coach, all seniors for spring sports experienced that moment together. That was when they were told that all athletic events were canceled for the rest of the semester because of the coronavirus pandemic.

These Lindenwood athletes entered their respective seasons not knowing that the future would not be in their control.  But on March 12, the National Collegiate Athletic Association announced it was ending its season to stop the spread of COVID-19, and the next day, Lindenwood’s Student Life Sports came to an end as well.

That week, with pandemic-induced athletic cancellations already on the rise, Emma Wildhart went into her lacrosse game at Walsh University on March 12 with the fear that their team would be next to fall victim.

“We were taking it in as if it were out last game,” Wildhart said. “I know I was feeling those emotions. Things are getting canceled left and right.”

Coach Jack Cribbin started all the seniors and allowed them to finish the game as a complete unit. After Lindenwood’s 16-9 road win, the team met on the field in Ohio and Cribbin broke the news to them. He preferred for the team to hear the news from him, Wildhart said.

“It was so emotional and terrible,” Wildhart said.

The Lions were once ranked as the No. 1 team in the nation, and they were fifth at the time of the cancellations. With the national championship set to be played at Hunter Stadium, the Lions entered the season with great expectations.

“I make it to my senior year, and everything is going well, and then something out of the ordinary and out of my control happens,” Wildhart said. “But it could be worse. For the high school seniors, their moment is over. I’m not alone.”

These unexpected endings gave seniors a bittersweet feeling. The early mornings, late nights, blood, sweat and tears are suddenly over, giving a sense of relief. But now the outlet that was used to channel energy has completely disappeared.

Wildhart loves the routine and grind, but she’s interested in keeping in shape with CrossFit and even potentially playing lacrosse in different adult leagues, she said.

At Panera Bread before the game, Wildhart couldn’t hold back the tears just thinking of the last time it would be her chance to compete as a member of the lacrosse family.

“I was very on edge,” Wildhart said. “I wanted to take in every last moment.”

But other athletes weren’t as fortunate to know when their last game was.

Kellan Murray was a transfer from Lindenwood-Belleville, playing his senior year at St. Charles.

He said the St. Charles players automatically clicked with the new Belleville transfers, resulting in an easy transition and strong chemistry on the team.

“We connected on all levels,” Murray said. “Whether it was baseball or off the field, we knew each other.”

The Lions were boasting a 14-game win streak before all athletics were canceled.

“We knew we had the ability to become something special,” Murray said. “And as it turns out, we were.”

Throughout the first 16 games of the season, the Lions found a way to win, with four of their wins being walk-off wins, including two that went extra innings.

“The coaches held us to a high standard,” Murray said. “As a team, we found a way to win.”

For the first time in his collegiate career, Murray was competing for a national championship at the NCAA level.

The Lions were practicing when their coach broke the news to the team that their championship aspirations would not be realized this year.

“It hits you and you don’t know how to handle it in the moment,” Murray said. “It hurt. Since August, the only thing we had been working for was the Division II National Championship. People were hurt about it.”

But when he took the field for the final time, Murray didn’t know that it would be his final time lacing the cleats.

Murray said the future Lindenwood baseball teams will be his way to fill the void. The senior class set the expectations for upcoming teams. Along with coaching, there are also adult baseball leagues that Murray is able to compete in.

“As an athlete, you can never take anything for granted,” he said.

The Lindenwood cheer team also knows about not taking anything for granted, as the one competition they compete in each year is the NCAA Championship in April at Daytona Beach.

Like Murray, BreAnna Adams transferred from Belleville for her senior year and made a smooth transition.

“When I came to St. Charles, I felt at home and made friends I didn’t think I would,” Adams said.

The cheer team was in the middle of their “hell week”, where they endure long days of practice during spring break in preparation for the competition in Daytona Beach. When the practice was over, coach Carrie Nichols was emotional as she told the team about the decision for all athletics moving forward. The team came together for one final huddle to chant “We are LU,” ending the long careers of the seniors who tirelessly worked for the chance to compete once a year.

For Adams, who competed at the NAIA level during her time at Belleville, it was her one chance for an NCAA national championship.

“During the week, everything started to come together,” Adams said. “I was crying at practices because I know how hard everyone worked. It’s our one chance a year to show what we’re worth. I’m proud to see how far everyone had come.”

Adams was confident about the lady Lions’ chances of bringing the title to St. Charles, something that many seniors in spring sports were adamant about.

With her collegiate career over, Adams is now focusing on her future career path and pending internships.

“I prepared myself for the worst since things were being canceled,” Adams said. “But I didn’t prepare for it being that day. I’m thankful for my opportunity on the team and the friends I made that I’ll have forever.”

For every athlete, there will come a day when they’re no longer an athlete. When there’s no more long bus rides with teammates who you create everlasting bonds with. No more parents and fans screaming your name in support, while opponents yell it in vain. No more early morning practices before the sun rises that last well after the sun sets. The bond with teammates and coaches will remain, but the time spent will come to an immediate halt. The bruises and bumps will disappear, but so will the sport that one spends years sacrificing for.