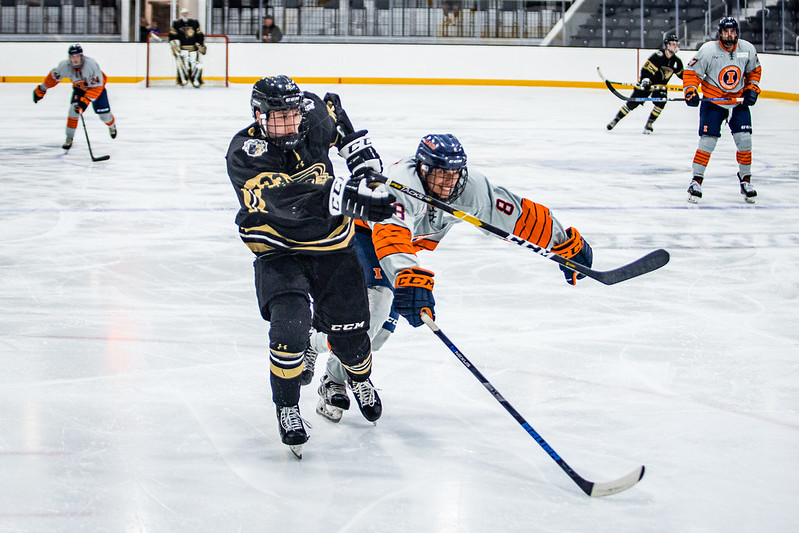 Five divisions in the ACHA, three men’s and two women’s, will be sending around 72 teams to compete in the competition in 2022. Division I and Division II teams will compete across a span of 10 days, from March 10-20, 2022.

The ACHA playoffs take place at the very end of the season, after the conference tournament has concluded. Lindenwood’s mens teams will be vying for a spot in the championships, but not the women’s team, as it competes in the NCAA.

The Centene Community Ice Center first opened up in September 2019 just prior to the start of 2019-20 Lindenwood men and women’s ice hockey seasons. And just after St. Louis’ NHL team, the Blues, won a historic Stanley Cup in June, ending a 52-year drought.

Since its opening, the facility has been a hit. Centene has hosted numerous events among many different age levels and is now the practice facility for the St. Louis Blues. It also was the home of the All-Star Alumni Game (consisting of former NHL players) during the NHL All Star Weekend back in January. Next, it’s set its sights on the ACHA National Championships.

“It’s a great opportunity to showcase our program as well as our new facility,” sophomore goaltender Michael Errico said. “Winning a national championship on home ice would be a very surreal experience.”

The last time the men’s hockey team won an ACHA National Championship was in 2016. In total, the team has won three titles, including its back-to-back titles in 2009 and 2010.

“It’s great for Centene,” Craigo said, “it’s a brand new facility and everything is state of the art. It’s huge for the program to get to showcase, everything we work for all year, right in our home rink.”

The Maryville University Hockey Center in Chesterfield will also be used for both games and practices during the events.

With the National Championships coming to its new home, there is plenty of excitement to go around the Lindenwood locker room. Even members of the 2021 class have said they may feel inclined to return for one more year, in order to get this once in a lifetime opportunity.

“I’m very highly considering coming back for another year after finding out that the National Championships are coming to our home rink,” junior forward Zach Mitchell said. “It would be an absolute honor to bring a national title to Lindenwood on home soil, and I think that would be great for our program.”

But for the class of 2022, ending a college career with a chance to host the biggest competition at this level of college hockey makes hosting this event even more special.

“Winning a National Championship as a senior would be a great ending to my time spent at Lindenwood,” Errico said.