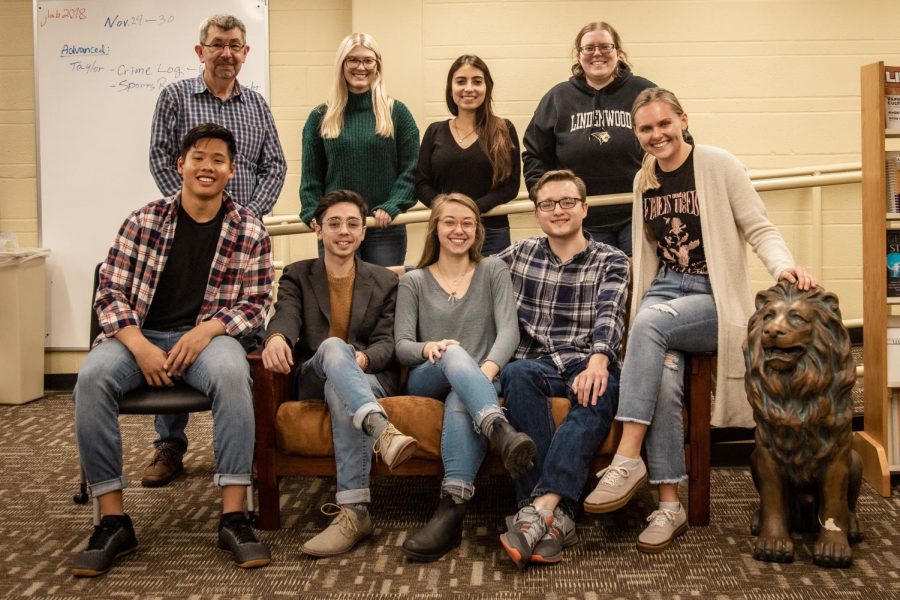 Lindenlink won a total of six awards, including Best Independent Online Student Publication from the Society of Professional Journalists, on April 27.

Known as the Mark of Excellence, the competition honors the best collegiate journalism around the country annually. Regional winners move on to compete at the national level.  Lindenlink competes in Region 7 with other three states: Kansas, Nebraska and Iowa.

Former Design Chief Kat Owens won in the Data Visualization category for her illustration of Lindenwood’s football player Erik Hennemann, which was featured in the story Reaching for the Pros.  Sports Editor Dominic Hoscher won in the Online Sports Reporting category for his story about Hennemann as well.

Drake also won in the Online/Digital Sports Videography category for her documentary on the preparations for the 2019 Homecoming, titled Making it Happen.

Drake was also a finalist in the Data Visualization category for an illustration that accompanied her story Where Lynx are going before Belleville undergrad ends in May.

“This is just one measure of the important contributions that our students make to inform the campus community,” Lindenlink adviser Neil Ralston said. “They work hard to keep Lindenlink fresh, even when that means they have to produce content on weekends and during breaks. They’re posting news even now when campus is essentially closed.”

MOE entries are judged by professionals with at least three years of journalism experience, and the judges choose the work that resembles the best in collegiate journalism. If no entry seemed to reach that level of excellence, no award was given.

The winners are usually awarded at a regional conference conducted in the spring. However, due to COVID-19, those conferences were cancelled and the winners were announced through the SPJ website.

All of the region’s winners can be found here. National winners will be announced in late spring.