LindenLeaks Changes the Game for IT Dept. 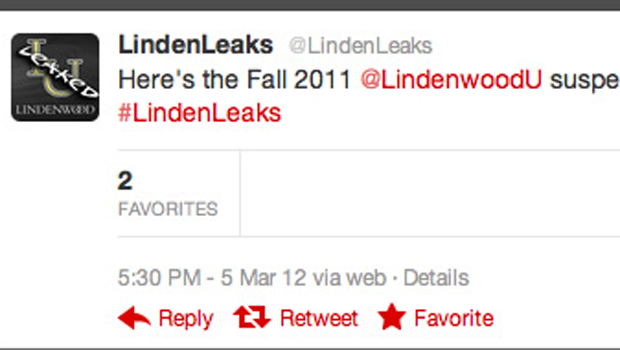 During the spring of 2012, a hacker breached Lindenwood University’s server, and the 2011 fall suspension list was leaked to the World Wide Web.

Nearly 200 students were on that list along with their student IDs, names, GPAs, grade levels, majors, addresses, phone numbers and e-mails.

According to police he used a mobile device and a file-sharing site to procure the list and make it public on Twitter.

In a post Todd is accused of making, he claimed the release was only a show of what kind of information he had access to and that those affected by the list were “unavoidable” casualties.

Since then, LU’s IT Department said it has taken great lengths to better secure student information; however, when given a list of questions concerning the changes that were made with internet security and future plans with it, they declined to comment.

Several weeks ago, the IT Department implemented a new firewall that was a preventative measure for torrents and file-sharing sites used to illegally download copyrighted material.

However, the software began blocking an immense number of websites that were mostly categorized as “pornography.” Some of these websites were Deviantart.com and Tumblr.com, which are popular for the art that users can view and post on.

Several online games were also blocked, such as the popular League of Legends, and even Xbox Live users were prevented from accessing online play options.

On April 12, the Help Desk sent out an e-mail in response to the students’ concerns with the new firewall, and shortly thereafter, the previously blocked sites were no longer blocked, with the exception of file-sharing and torrent sites.

Todd declined to comment. His next court date is May 1.