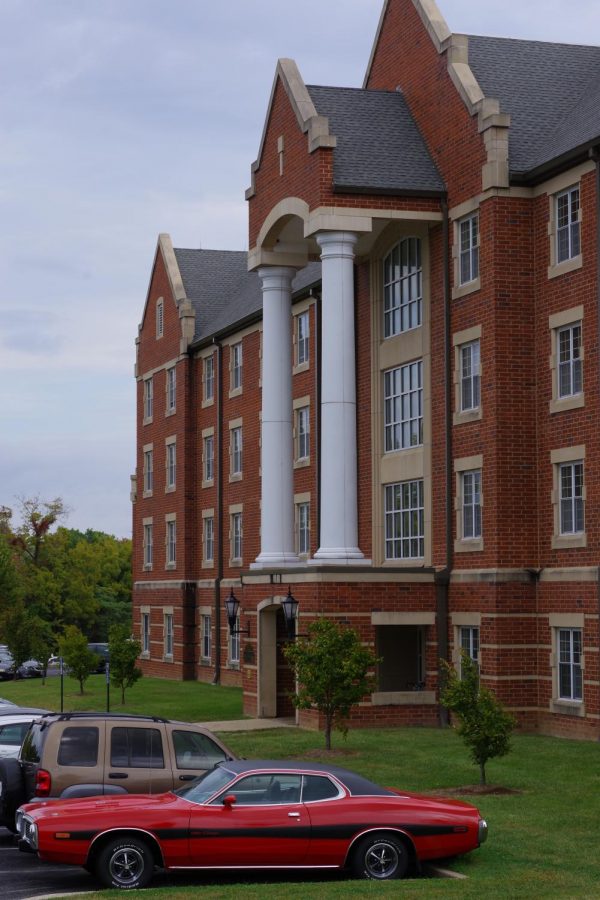 Several Lindenwood students who could not retrieve their belongings from housing when the pandemic broke were given a designated day to retrieve them, only to find items missing.

When Lindenwood announced on March 16 that in-person classes were cancelled, and encouraged students to return home, many students had to leave some of their belongings at dorm rooms or houses.

Lindenwood sent out an email on May 13 to students with remaining items in housing to sign up for a two-hour time slot to retrieve the items and return their keys.

Carmen Reyes, a sophomore at Lindenwood, said she went to her house expecting to clean and pick up her belongings at her designated time, but she was shocked to find a clean house and several items missing.

Reyes said her fan and vacuum were not in her room. She was also missing a Starbucks uniform she wore when she was a student-worker at Lindenwood.

At first, Reyes thought the school had stored her belongings somewhere else, but then she noticed her roommate’s belongings were gone as well.

“I was like, shaking with anger because I went there for nothing, and they [campus security] told me they don’t know where my stuff is,” Reyes said.

Shane Williamson, dean of students and associate vice president for Student Life and Diversity, said in an email that Residential Life was responsible for packing students’ belongings away to “enable custodial and maintenance staff to clean and prepare housing for annual city inspections.”

Williamson added that no student items were discarded by the staff unless the students gave permission to do so. If a student is not able to retrieve belongings from June 1 to 12, Residential Life will work out another day and time with the student.

However, Reyes said that she was not notified that the house was going to be cleaned, only that students were asked not to “come near the university until your designated day” to grab their belongings.

Reyes said that campus security told her other houses were having similar issues with missing items. When Reyes posted about the incident on Instagram, Lindenwood responded from its official account, saying that “every area of the campus, including residence halls, had to be disinfected and cleaned due to the COVID-19 pandemic.”

Reyes said she estimated the total value of missing items is around $3,000. She has filed a report, and public safety is currently investigating the theft of any missing items.

But Reyes is not the only student concerned about missing items.

Senior Alex Hayes said he drove four hours to retrieve the rest of his belongings but left empty handed.

Hayes said his Keurig machine was gone, and that “everything was empty except for my roommate’s stuff, but besides that, everything else is gone.”

After discovering his items were missing, Hayes emailed his community advisor, and was told to talk to campus security about the issue and file a report.

Hayes said there was no point in filing a report because “nothing will be done.”

Despite students’ complaints about the school not sending emails to warn of missing items due to cleaning work, Williamson assures that emails were sent to students if their items were to be packed away.

“When we had to pack a student’s personal belongings, then the student was notified in advance via email,” Williamson said. “No student items were packed without informing the students.”

Williamson said area coordinators will do inventory and carefully pack a student’s belongings in the case that they are not able to return.

The houses were cleaned to get food out, disinfect, and make sure the windows and doors were locked, Williamson said.

Students will not be able to receive any payments or refunds for damaged or missing items that were stored away, according to a statement on page four of the 2019-2020 handbook.

The student handbook states that “the holding of a student’s personal property by the university shall result in no responsibility or liability for damage or loss. Students consent to the disposal of any abandoned property after four weeks.”