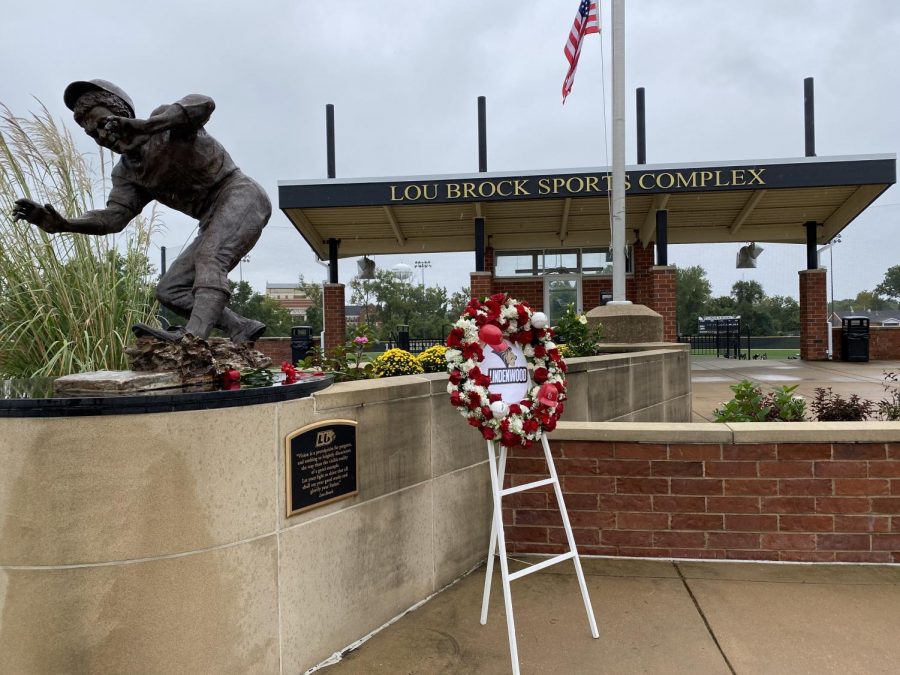 The wreath left by the family next to the Lou Brock statue at Lindenwood University on Saturday morning.

Early Saturday morning, the Brock family laid a wreath at the Lou Brock statue in front of the Lou Brock Sports Complex at Lindenwood University.

The campus’ roads around the complex closed after 8:30 a.m., with viewers beginning to gather shortly after. Around 9:30 a.m., the Brock family and party arrived past President John Porter’s house and the tennis courts.

In the rainy conditions, they all came up to the Lou Brock statue and placed the wreath right beside it. While they stood up by the complex, Lindenwood students and people who live in the area that came to support stayed down in the parking lot in front of Reynolds hall.

After the family and party had left, those who were standing in the parking lot were allowed to go up and take pictures of the wreath while also paying their respects to the Brock statue.

From 11 a.m. to 1 p.m., a private service was held for Brock at Greater Grace Church in Ferguson. There will then be a public viewing afterwards from 5 p.m. to 8 p.m. at the Austin A. Layne Mortuary in Florissant.