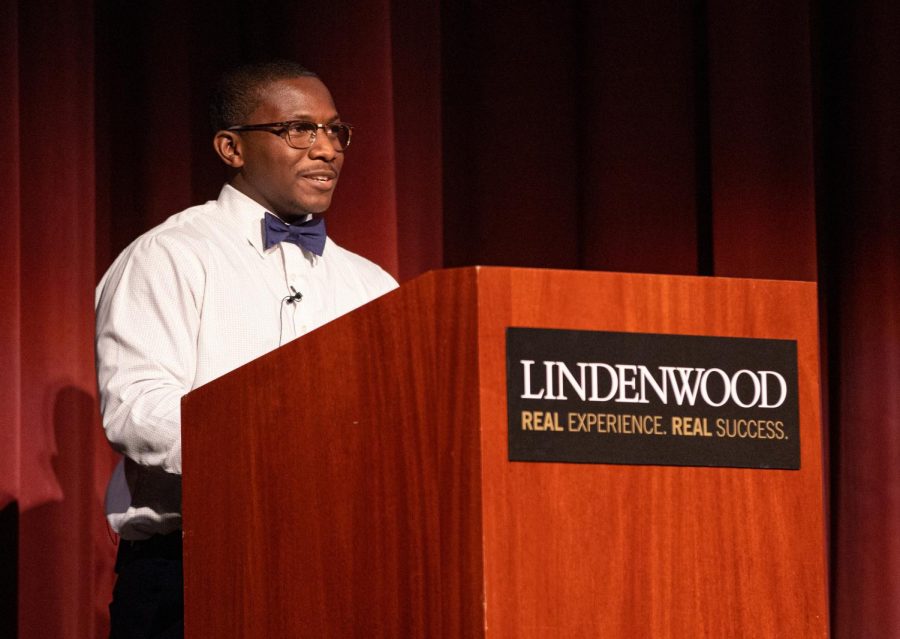 Those infamous words were used by Eric Garner in 2014 and most recently George Floyd in 2020 during their encounters with law enforcement. “I can’t breathe” has been a rallying cry for activists across the nation. As conversations about racism in America have garnered much media attention, Lindenwood is determined to keep the conversations going with its Anti-Racism Vigil that was held over the weekend.

Rev. Dr. Nichole Torbitzky, the chaplain of the university and one of the organizers of this event, said the goal was to create a space of dialogue for students, faculty, and staff to discuss the topic of race and inclusivity to envision an anti-racist future.

“Events in our nation over the summer, including the high-profile media coverage of police brutality, prompted students at Lindenwood to begin asking questions of our upper administration about what the university is doing in order to respond to these events,” Torbitzky said.

Torbitzky said Lindenwood University President John Porter organized a committee of faculty and staff to address how the university can commit itself to anti-racist work. This included holding an Anti-Racist Vigil to address racism and commemorate the victims of racism.

The Anti-Racism Vigil was an hour-long event held on Friday, that was mixed with socially distant in-person attendance and virtual streaming in the J. Scheidegger Center for the Arts. The event was sponsored by Lindenwood’s Black Student Union, Center for Diversity and Inclusion, and the Chaplain’s office.

Merriam-Webster defines a vigil as “an event or a period of time when a person or group stays in a place and quietly waits, prays, etc., especially at night.”

The Anti-Racist Vigil included a list of student and faculty speakers giving their take on race in America in various forms.

Amber Richards, a senior in the fine arts in dance program, showcased a video performance of a routine she choreographed titled, “Agree to Disagree.”

Richards said she hopes her ensemble performance can create conversations regarding injustice in the American policing system as the performers repeatedly said the names of victims of police killings like George Floyd and Breonna Taylor.

Lindenwood student, Nadia Maddex, sang a chilling rendition of “I’m Here” from the film and musical “The Color Purple” alongside associate professor Pamela Grooms as an accompanist. The performance set an emotional tone in the theater that even moved the associate vice-president of Student Life and Diversity, Shane Williamson, to tears.

“This is powerful… because I only want to hear people’s names when they are graduating, when they’re coming up to speak, when they are getting announced for a new job, not because they’ve been murdered,” Williamson said.

“I don’t want to hear my son’s name being read for any other reason but something that’s good. It takes all of us. We’re all one village.”

Williamson asked the audience to light their candles given at the door and stand for 8 minutes, 46 seconds to pay honor to George Floyd, who was killed by a Milwaukee police officer kneeling on his neck for the same amount of time. She encouraged attendees to reflect on their lives and their decisions in society.

The theater had a somber mood as the room was dark with only the white battery-operated votive candles illuminated with their artificial flames. The auditorium was completely silent.

Many stood in place with their heads bowed in a prayer-like position. This was arguably the most powerful moment of the event as everyone stood while counting down for nearly nine minutes, putting in perspective how long George Floyd suffered.

The Anti-Racism Vigil concluded with Torbitzky having the final word.

“As we leave here this evening, the light that shines in one place goes out into the world,” Torbitzky said. “It’s an unstoppable force for justice. So take your light with you and let your light shine.”

Alongside the Anti-Racist Vigil, Torbitzky said other initiatives are being implemented to address race like the launch of an African-American studies minor that will be offered to students in the semester of spring 2021. She said she will also be offering a Christian Bible study to address religious responses to racism.

“Lindenwood wants to make sure that all of our students know that they’re valued because of who they are,” Torbitzky said. “The diversity that we enjoy here at Lindenwood… bring value to this university that makes us stronger and better and we want [students] to know that.”

Torbitzky said she believes one of the biggest misconceptions regarding racism is it’s only a problem for people of color.

“We should be centering the voices and experiences of Black, Indigenous, and people of color in our work for anti-racism. It is work that white people have to do, to talk with each other and understand the ways we need to be using our power and our privilege to make this world anti-racist.”