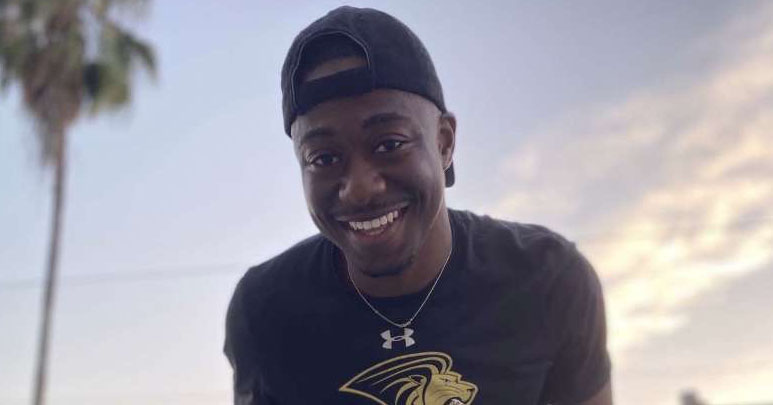 Lindenwood’s football program consists of a significant number of players from the state of Missouri, but not everyone comes from local areas.

One of those players coming from abroad is junior corner Neville Salmon. Salmon is a second year player out of Tampa, Florida, but was born and raised in western Jamaica. He was born and brought up in Westmoreland, which is one of Jamaica’s fourteen counties. He moved to Tampa as an 11 year-old, and didn’t step foot on the gridiron until he was a freshman in high school, as he had an initial focus on track and field.

Salmon played his freshman year of ball over at Lindenwood-Belleville, who competed at the NAIA level of competition. Lindenwood offered Salmon a scholarship after his freshman year, and redshirted for his sophomore season in St. Charles. He is looking to compete for a starting role in the defense this year led by Eric Inama.

Q: What’s your favorite part about being a corner?

A: “My favorite part about being a corner is that I get the opportunity to be physical with anyone that comes my way. It’s also very challenging being with the ability to read and react based on any route concept. But I really love a challenge.”

A: “I would say that in Missouri, the coaching staff emphasizes a faith in God more than they do back home. Just like prioritizing and mentioning Jesus and his principles, which helps build a solid foundation as far as a complete team. We have a motto based around that on the team ‘You gotta love it!’”

Q: What’s the hardest part about being a corner?

A: “Having a short memory on the field. Having a mindset that even if circumstances don’t work in my favor, I’m going to give it my all next play.”

Q: As far as wide receivers go, is it more challenging to cover a speedster or a physical guy?

A: “My least favorite route would personally be any double move route. For example something like a hitch and go or a post corner. Every corner everywhere would vouch for me.”

Q: Okay, you get one skill from any NFL corner, who do you take, and what skill do you pick?

A: “I would pick Pierre Desir’s ability to adapt at any time, anywhere. It takes a strong will to do that.”

Q: What’s your favorite part about playing at Lindenwood?

A: “The answer I’ll give you is the same one that Pierre Desir gave us when he came and spoke to the team. My favorite part about playing for Lindenwood is the level of intense competition that everyone brings to the table in a consistent manner.”