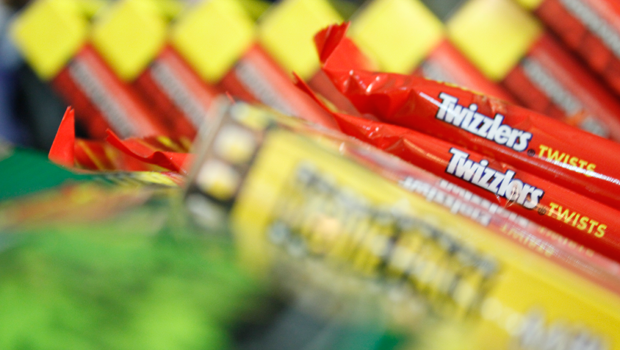 Ah, spring semester. The school year winds down at a psychotic pace. I (and the rest of the student body) cram three months of instruction into two weeks of frantic paper writing and note binging. In the midst of this mayhem, sweet summer leisure is the gleaming light at the end of The-Tunnel-O-Work. Like most good Americans, a portion of my summer will be (well) spent indulging in cinematic escapism.

In honor of summer movie-going in St. Louis, I offer you a theatrical sampler over the next week—a few places you can spend your summer days (or nights) enjoying a good flick (and central air conditioning).

But wait! Summer isn’t quite here. With deadlines pending, there isn’t much time for off campus excursions. What’s a student-film-lover to do? Before you pop in another DVD or stream (a most likely pirated) movie to view on your laptop, let me offer you an alternative. It’s the only theater in the St. Charles city limits, it’s cheaper than any theater in the St. Louis area and you don’t need to leave campus to get to this magical place. Yup, it’s Young Auditorium!

Young Auditorium houses a boss high-definition screen that dwarfs your puny 15” laptop display. Young also boasts a Dolby surround sound system that crushes the crummy factory installed speakers on your hypothetical aforementioned laptop. If the technical specs don’t impress you, the seating should. Over hundred cushy theater seats on two levels keep your backside comfy during the show. Get up close on the first level. If you’re feeling reclusive and reflective, grab a seat in one of the three sections up top on the second level. Aside from the occasional overly-talkative student and glowing cellphone screen, the viewing experience is sensational for the price—all shows are free with Lindenwood id.

Young Auditorium is the main venue for the Lindenwood Film Series, which has been alive and kicking on campus since fall of 2011.Titles for the film series span a mind boggling spectrum of genres, time periods, themes, and aesthetics. Blockbusters, art house, French New Wave, Blaxploitation, silent films—you name it—it’s most likely been part of the yearly line-up at the LU Film Series. While the semester is in swing, the series faithfully screens films every Friday and Saturday night at 7 o’clock. Looking for something more indie and underground than the series picks? Student and local filmmaker work can be viewed at Rough Cuts—a series promoted by the Digital Cinema Arts program. Catch work in progress, newly completed shorts and soon-to-be-released web series episodes. Most likely, the director of each piece will be present for questions and welcomed audience feedback. I thoroughly enjoyed the last Rough Cuts installment featuring Capstone pieces in progress—all which featured blood and/or unexpected violence. Bravo Lindenwood students!

The concession stand is the delectable cherry on top of this dirt cheap movie-going experience. Popcorn, Pepsi products and an array of candy (from chocolaty to fruity) are only one dollar each! All the traditional movie munchies are available: Raisinets, Jujyfruits, Junior Mints and much more. I’m making my request for Sour Patch Kids soon.

This weekend (May 3-May 4) the LU Film Series serves up a double dose of Nazi ass-kicking—because anti-Semitism and fascism just aren’t cool. See Iron Sky Friday night and (or) Inglourious Basterds Saturday night. Both screenings begin promptly at 7 o’clock.