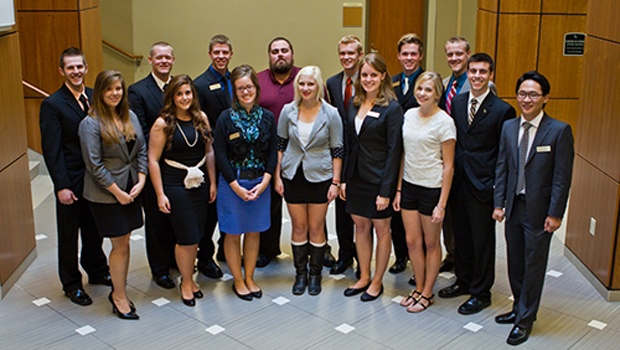 Several amendments to the LSGA constitution have been proposed to the student General Assembly and, if approved, they will take effect at the start of Fall Semester 2013. One amendment, regarding the requirements for presidential eligibility, was proposed in response to recent obstacles in the candidacy of President-elect Jordan Pfeifer.

To be eligible for student body presidency, a student must “be a member of the General Assembly for a minimum of two semesters at some point prior to the term in office,” according to the current constitution.

Like organization representatives, students-at-large have voting seats and the right to voice their opinions on issues concerning the student body. Pfeifer obtained the necessary 15 signatures to petition the Executive Board for the position.

Pfeifer presented himself to the members of the General Assembly for approval on March 10. The General Assembly voted not to approve Pfeifer for a status of student-at-large with 18 yes, 31 no and 6 abstaining. With this decision, Pfeifer lost his eligibility for presidency.

Several representatives indicated that refusing Pfeifer the opportunity could potentially deter other students from coming to the meetings and applying for student-at-large status.

“We need to look at the facts of what we’re voting on,” he said.

The results were 17 yes, 20 no and 6 abstaining. Mathias’ veto was upheld, granting Pfeifer status as student-at-large and maintaining his eligibility for presidency in the fall.

“The student body voted me in and that’s who I’m here to represent,” Pfeifer said. “I want the best for the student body and I am really looking forward to next year.”

Pfeifer originally lost eligibility because he did not complete his second semester with the General Assembly prior to serving. Mathias said that this was a flaw in the current policy.

“It is a weakness in the constitution; it really shouldn’t be that way,” Mathias said.

To prevent similar situations in the future, a proposed amendment to the LSGA constitution mandates that candidates must have at least one semester on the Senate or Executive Board prior to running, rather than two semesters with the General Assembly before serving. If no candidates meet that requirement, any student with two semesters in the General Assembly prior to running may apply.

Other proposed amendments offer updates to the requirements and responsibilities of several LSGA positions, the criteria for an organization to remain in good standing, the quorum policy, the organization tier system and the funding approval process.

The General Assembly meets in the Dunseth Auditorium in Harmon Hall every Wednesday at 4 p.m. The meetings are open to the entire student body.