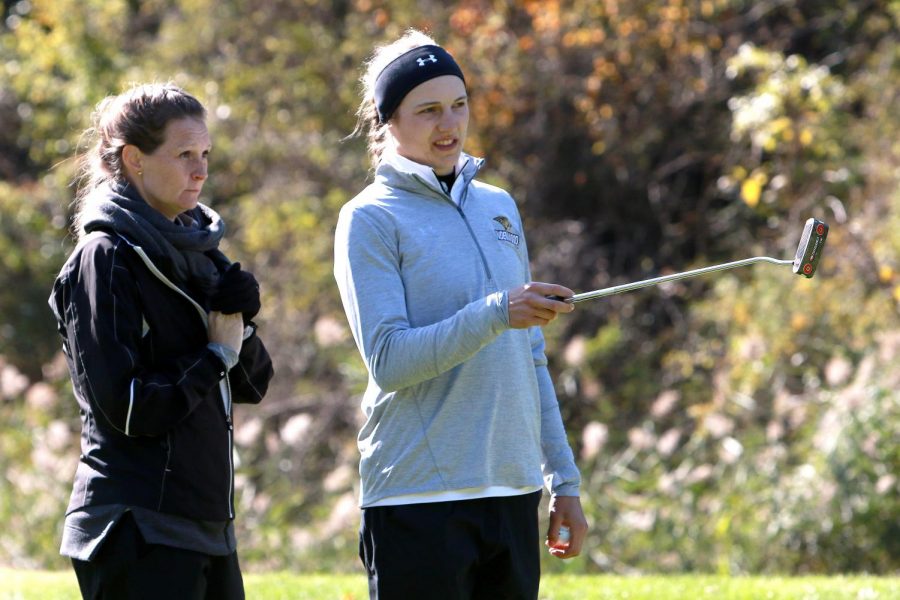 The U-Indy Fall Invitational is where the Lions demonstrated glimpses of the brilliance that would show in their next two tournaments. McKenna Montgomery, a senior double majoring in business and exercise science, placed fourth in that tournament and shot a 222 to give the Lions a three-round tournament total of 974.

Montgomery would carry that momentum into her next outing, as she would go on to place first in the Dan Salisbury Memorial, shooting a two-round 147 and leading the Lions to a total score of 633 to edge out Missouri-St. Louis by one stroke.

With COVID wrecking the preparation time for all sports, golf was one of the least impacted sports.

“Other than a few wrinkles like not being able to take out the flagstick when putting and different formats for who we play with in tournaments, the preparation has been exactly the same,” Montgomery said. “Our practice schedule is the same as any other year.”

Montgomery’s hot hand on the green led to her being named the Player of the Week for women’s golf by the GLVC. The award was the first of the two-sport athletes’ career and the first for Lindenwood since Josefina Haupt won in Sept. 2019.

Haupt, a graduate student with an MBA emphasis in marketing, felt the same about COVID not affecting the quality of preparation for their season.

“We have been lucky enough to keep our practices almost as normal as in the past seasons,” Haupt said. “We haven’t experienced any big changes in practice besides wearing a mask and filling out the symptom form before every practice.”

Because of her involvement in both the women’s golf and women’s basketball team, Montgomery experienced different COVID rules than her teammates. Montgomery said the biggest challenge was that she had to be intentionally isolated from teammates on both teams so that a quarantine of one team doesn’t affect her participation with the other.

Nevertheless, the Lions rolled through the Bearcat Dual Gender on Oct. 19 and 20, posting a 906 three-round score and winning by 11 strokes. Montgomery once again placed first with a score of 219, while Haupt finished tied for sixth with a score of 223. In the individual rounds, Becca Oertel placed second and Lacey Schierl placed fifth.

“We were lucky enough to have the opportunity to keep both of our seasons and be able to compete in both,” Haupt said. “For the spring, we are expecting to have a regular season.”