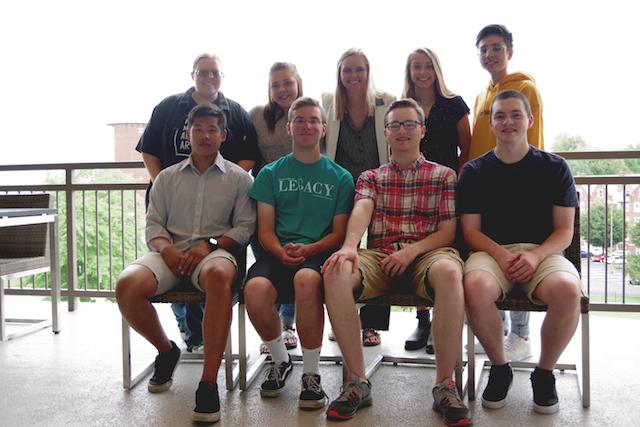 The Fall 2019 staff and volunteers for Lindenlink.

Making it Happen, a homecoming documentary, won the award in the Best Video Special Event Coverage category. The video captured the behind-the-scenes preparation for the game and the moment when the Lindenwood football team won its homecoming game for the first time in three years.

“Winning this award is an honor,” Drake said in a text message. “It was a team effort for sure to produce and I’m happy we authentically captured the people that make game day happen.”

Lindenlink adviser Neil Ralston said the award displays the work that has been contributed by the staff.

“This award shows that our students can compete at the top levels, and it illustrates the hard work that so many of our young journalists have been doing at Lindenwood,” Ralston said.

Other winners in the Best Video Special Event Coverage Category are:

You can watch Making it Happen below: