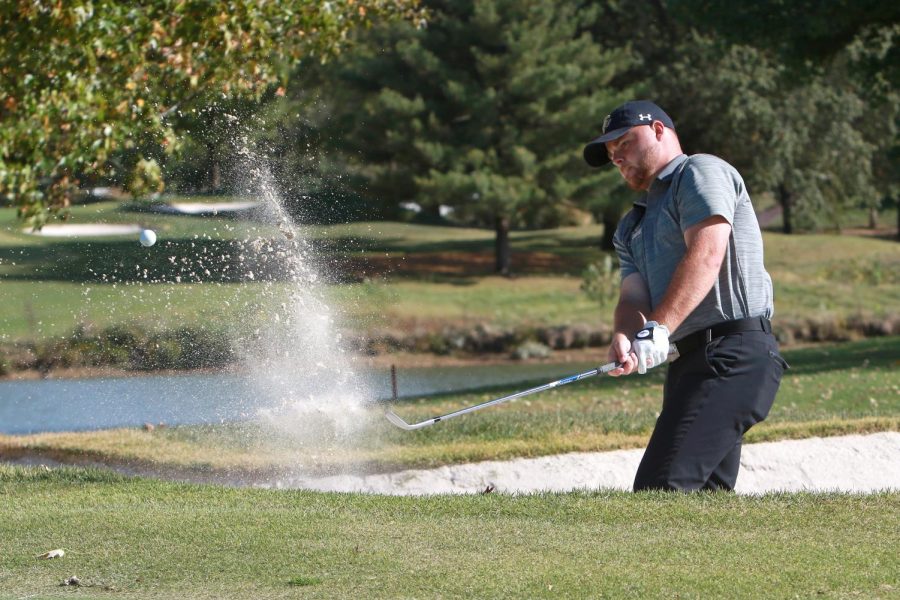 Junior Caleb Picker attempts to chip his ball out of the bunker during a tournament in the fall of 2020.

“I felt prepared,” John Gardner said. “Golf was allowed even during the main quarantine because it is an easy social distancing sport, so practicing went on as normal.”

With golf able to be played even during quarantine, players were able to stay ready for their upcoming season, even if the season was cut short by two tournaments.

At the Midwest Regional tournament on Oct. 12 and 13 at Fox Run in Eureka, Missouri, the Lions placed 13th out of 17 teams with a total score of 963, as the highest placed golfer was Adam Bain, who placed 23rd out of the 90 competing golfers with a score of 234.

In all three tournaments, the Lions were forced to travel, which added more complications with COVID restrictions.

“Every aspect was affected by COVID,” Gardner said, “the rides to courses, practice groupings, and how we could just interact with others.”

Gardner, the freshman biochemistry major, said he looks forward to next season, even if the conditions are the same.

“Luckily, we are able to play and continue as normal,” Gardner said.