From access to sports research and internship opportunities, Lindenwood hopes students will benefit from its acquisition of the ‘Sporting News’ collection 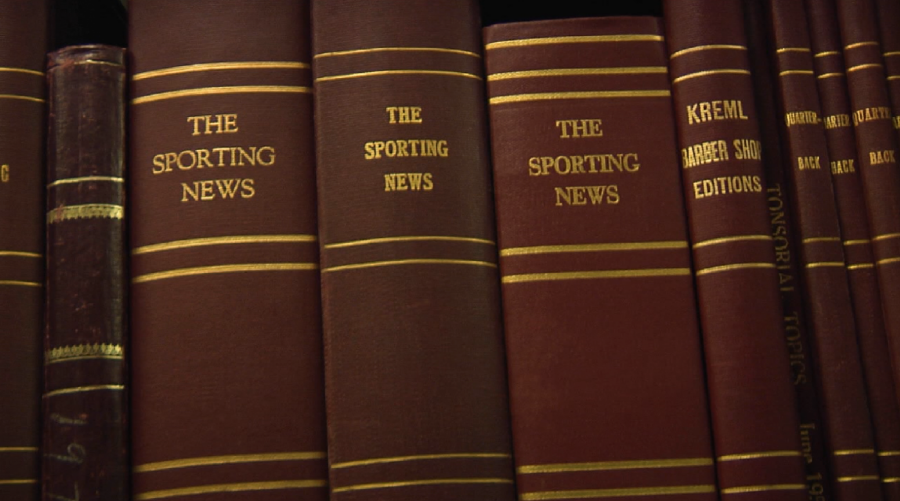 The Sporting News was a national sports newspaper known for its widespread coverage of American baseball dating back to 1886, according to Liz MacDonald, the dean of Library Services at Lindenwood.

MacDonald said the former newspaper was originally founded in St. Louis but left in 2008 to relocate to Charlotte, North Carolina. After the newspaper shuttered its operations in 2012, the Sporting News archives were stored in a warehouse until Lindenwood secured the rights to it over the summer.

“The relevance of the collection has to do with obviously its connection to the area,” MacDonald said. “The vast amount of materials that not only reflect the history of baseball and sports but also cultural connections as well.”

One document in its possession is a letter written by Jackie Robinson, who at the time wrote the Sporting News publication to criticize its coverage of him in its reporting.

With over 2,000 books and an extensive collection of sports clipping files at its disposal, Lindenwood hopes to become a national leader in access to sports research.

“Sporting News was ‘the baseball bible’ for more than a century,” Jeff Smith, a senior professor of history at Lindenwood said. “This is going to put and already has put Lindenwood onto a very different map of the elite collections in sports history.”

Smith said the Sporting News archives will attract not only amateur sports enthusiasts but also scholars to obtain research from the university’s collection. He said Lindenwood students of all majors, not just history, can benefit from having access to these documents and artifacts.

“[Lindenwood] is no longer just a regional institution,” Smith said. “We’ve now moved on to the national stage. As a national university, we’re going to be attracting people from all over the country who are interested in the history of sports, primarily baseball, but other sports as well.”

The university applied for a grant from the National Historic Public Records Commission, an organization that aims to preserve, publish and promote the use of documents relating to the history of the United States.

The grant is for $130,000 and will benefit staffing to preserve this collection and will allow for the Sporting News archives to be digitally accessible. As a result, the university archives is offering internship opportunities to students interested in assisting with inventory and the immediate conservation of the collection.