From Akron to St. Charles: How men’s basketball’s Anthony Christian ended up at Lindenwood 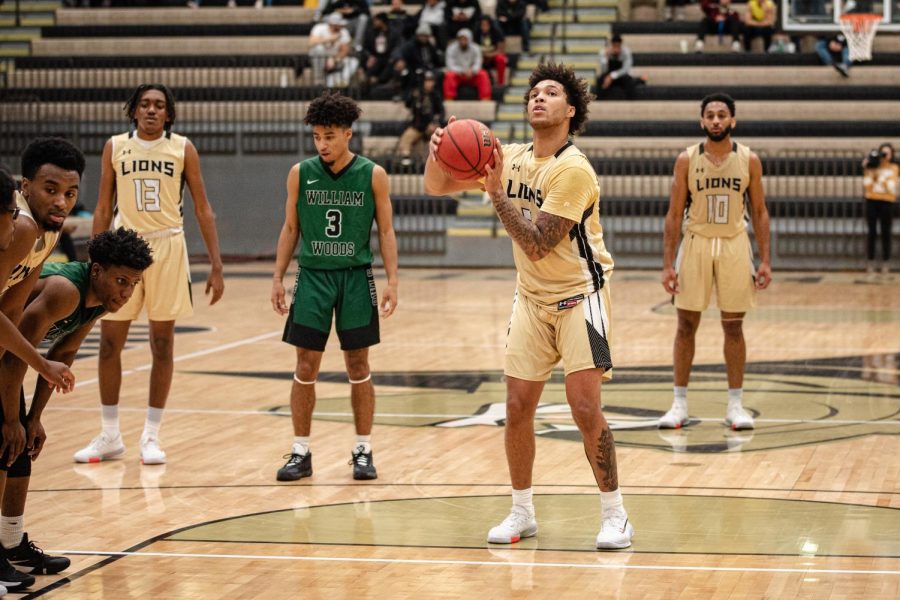 11 out of the 15 players on the Lindenwood Lions men’s basketball team are from either Missouri or Illinois. Anthony Christian is not one of those players.

Born and raised in Cleveland, Christian reps his hometown to the fullest as a guy who is not afraid to tell you where he’s from. He would go onto attend high school at Archbishop Hoban in Akron, Ohio where he was a dual-sport athlete. He was a star on the court, and on the turf as he would go on to win a state title his senior year. The Ohio native was a standout in both sports, and was noticed by colleges early on.

With basketball offers and interest from schools like Cleveland State, Kent State, and Ohio State, Christian was one of the top recruits in Northeast Ohio. He had an easy decision after a school had offered him to play both football and basketball.

“I started getting a lot of offers for football also, and big time schools were contacting me,” Christian said. “I wanted to go to a place I could play so I took two double visits. After I visited Rhode Island, I fell in love with it and committed.”

Christian went to Rhode Island and played as a tight end. Once it came time for basketball season, his coaches wouldn’t let him participate with the basketball team. He was fed up with the university.

He then transferred to Wabash Valley community college in Mount Carmel, Ill. After performing at a high level during his time at Wabash, Christian was once again getting attention from Division I level programs.

He originally committed to his hometown Cleveland State, but the school withdrew their offer after he hurt his ankle.

Every Division I school that had interest in Christian ended up taking back their offers, but one Division II program left their offer on the table: Lindenwood University.

“We as a whole staff liked Anthony’s ability to get to the rim and draw fouls,” Abdenour said. “Anthony has a unique ability to overpower small defenders and quicker defenders which allows him to score in the paint.”

“Going out there everyday with my brothers and laying everything on the line to win games. There’s nothing I love more than winning,” Christian said. “I come in everyday to work because I know what winning feels like.

“I won a state championship in high school so I know what it takes to be great.”

Christian’s season this year has had its roadblocks, after suffering a fractured tibia against Illinois-Springfield on Jan. 14. The injury sidelined him for the rest of the season.

Before the injury, Christian played a key role in Lindenwood’s upset victory against the University of Missouri St. Louis Tritons, who were ranked No. 25 at the time, a month earlier on Dec. 18. The forward scored 11 points and grabbed four rebounds in just 16 minutes.

For Christian, there is no game on the schedule that he enjoys playing in more than against the Tritons.

“I would have to say UMSL because it’s a rivalry between us,” Christian said. “Last year they beat us twice but we didn’t have the firepower we have now, and we ended up beating them when they were ranked in the country. It was a good feeling.”

Christian’s Lions finished their season 10-10, suffering a first round exit to that same Tritons team in the GLVC tournament.