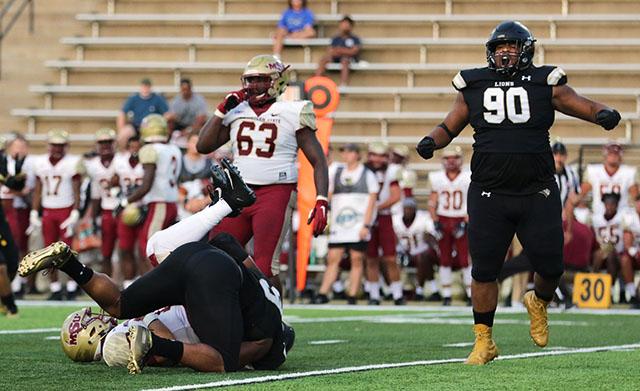 Lindenwood football will no longer be competing in the spring semester.

The announcement came out on Thursday afternoon, in a report made by Lindenwood athletics. Within the report, Vice President for Intercollegiate Athletics Brad Wachler said that the decision was made “due to injuries at critical positions”.

After having their fall season postponed, the Lions were scheduled to play a shortened spring season consisting of three games. Lindenwood was going to start on the road at McKendree on April 3, before coming back home to host Indianapolis and Quincy the following two weeks.

The GLVC postseason is set to begin on April 24 for the remaining teams that will still be playing out their 2021 spring schedule.

For Lindenwood, their next game won’t come until Sept. 2, which will be played at home in St. Charles, Mo. The remainder of the schedule is still yet to be determined.

In their first campaign in the GLVC, the Lions won the conference, going 9-4 and making the NCAA tournament. On the road, Lindenwood upset No. 4 Ouachita Baptist 41-38 in the first round, before falling to No. 10 Northwest Missouri State 63-7.