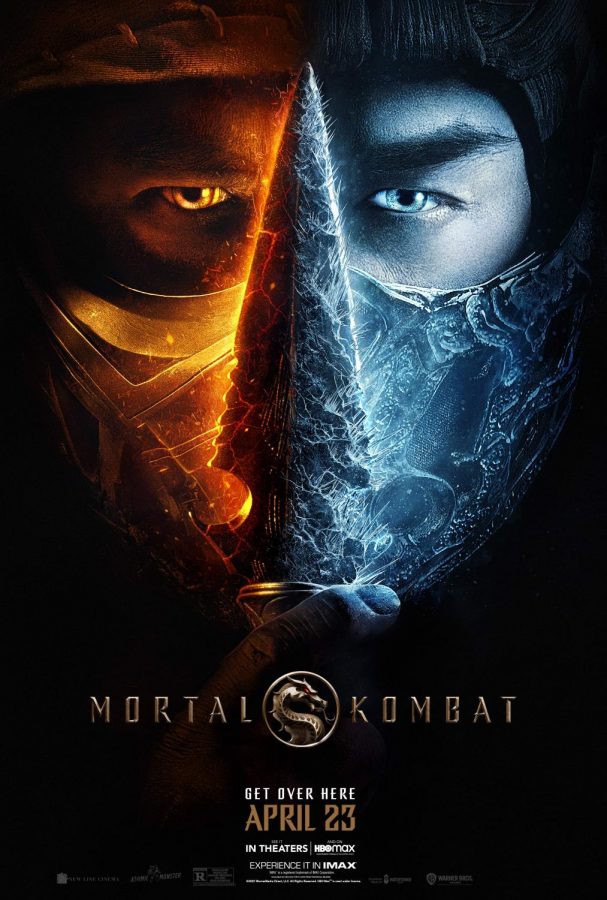 “Mortal Kombat” is now streaming on HBO Max for a month.

MORTAL KOMBAT! Sorry, had to get that out of my system. That battle cry still brings me back to the original release in 1996. It’s not a great movie, but it came out near the same time as the first two arcade games, so the nostalgia levels still work for it. Not a lot has aged well (special effects, fight choreography, story) with the movie but the biggest sin can be summed up in two words: PG-13. Or does the hyphen make it one word… Anyway, PG-13 does not cut it with fans of the violent video game series.

“Mortal Kombat” is violent right off the bat. In almost every fight, there is a lot of blood and ends with nasty executions onscreen. It even keeps up with the games’ logic of characters taking multiple stabbings and bones crushing and let still able to keep fighting like they were merely flesh wounds. These fights even bring the video games’ beloved “fatalities,” including arms frozen off, heads crushed, and someone cut in half by a razor-sharp hat. Yes, you read that right.

“Mortal Kombat” is directed by Australian filmmaker Simon McQuoid, which makes this his first movie as a director. The only thing I can find on his background was directing commercials before this. That’s an impressive first start!

“Mortal Kombat” stars Lewis Tan as Cole Young, an MMA fighter pulled into the ultra-violent world of Mortal Kombat and a new character created just for the movie; Mehcad Brooks as Jax, a Special Forces major investigating the existence of the Tournament as well as the mysterious dragon marks; Jessica McNamee as Sonya Blade, Jax’s partner frustrated of not having the dragon mark herself; and Josh Lawton as Kano, a lewd mercenary caught by Jax and Sonya for information.

Whew, that’s a lot of characters to cover. Moving on.

This reboot is not a retelling of the last movie, where Earth champions enter the tournament and fight through Shang Tsung’s champions one by one. Instead, a prophecy is introduced that foretells Outworld (bad guys and monsters) losing the final Tournament to the “blood of Hanzo Hasashi” (Scorpion before dying and getting spectral powers). Outworld needs 10 consecutive wins to enter and conquer realms, and they’ve already won nine straight tournaments against Earthrealm (us). Not wanting to risk defeat, Shang Tsung sends his assassins to kill those bearing the dragon mark before the next Tournament. Surviving the potential slaughter, Raiden’s fighters cheat back and kill all of Shang Tsung’s fighters. Put simply, no Mortal Kombat tournament. Oh well, I’ll just wait on the sequel!

The dragon mark is another new addition to the franchise: it’s a rite of passage to enter the Tournament. Either a person is born with it or they kill the current wearer and it passes onto the victor. It also unlocks the wearer’s “arcana”, a superpower that is unique for every fighter. Or, in other words, an easy way to explain why the fighters have different abilities – like shooting fireballs, lightning, or laser beams.

The film also gives Scorpion and Sub-Zero a way better treatment this time. Sub-Zero has a major presence in the film as one of Shang Tsung’s top assassins, while Scorpion only has two scenes. However, when these two fight, it’s one of the best parts of the movie. The final fight brings Scorpion back from the dead, somehow that’s not really explained after he was killed centuries ago by his ninja rival Sub-Zero. Now an undead specter with new threads, Scorpion takes on Sub-Zero again, shouting his classic “GET OVER HERE!” line. The fight is the one that most fans haven’t been waiting for, ending with the epic Scorpion fatality of roasting Sub-Zero with his fire breath, the heat burning his face away to show his skull underneath. TOASTY!

The acting is alright, some of it is a bit forgettable and not worth talking about. What may be the biggest surprise to the franchise is how Josh Lawton’s Kano steals the show. Lawton’s performance is witty and eccentric. It is an impressive change to how Kano is often treated, usually as a boring, disgruntled mercenary. The new character Cole Young feels like a recycled version of how Johnny Cage from the first movie, being the guy asking everyone about everything happening around them.

The music is pretty good, often hitting beats nostalgic of the 90s theme. It’s not overused, and it pops up at the right moment in the fights. The theme is virtually part of the franchise now and sounded great in the reboot, adding a more modern EDM sound to it.

As much of enjoyment as this film is, it’s not exactly a “flawless victory”. It’s very close, though. The “arcana” explanation gets a little away from itself, being a blank excuse for everyone to get their abilities. Jax, for example, loses his arms and gets these wimpy, stick metal arms in their place. Once he unlocks his arcana, the metal arms just transform into stronger, thicker metal arms. Because… inner strength? Plus, Cole’s “arcana” is a knock-off Black Panther energy-reflective shirt. I mean, it’s so random.

I also think it started off with too many characters at once. DC and Marvel are starting a trend by introducing massive lineups of characters, which can be fine when done right, but with a 96-minute film, you’re going to be left with a lot of characters that are just there to fight and kill or be killed.

This was a movie worth waiting for. There’s a lot of fan service thrown in there that fans might be able to piece together, such as hints of potential characters that may appear in the sequels. The violence was at the same level of absurdity and graphic as the games and that’s really what the fans want to see. In addition to theaters, “Mortal Kombat” is also streaming on HBO Max for a month and I was expecting some kind of mid- or end-credit scene but there are none. I do hope this gets another sequel, this franchise has plenty of potential for a couple, at least.