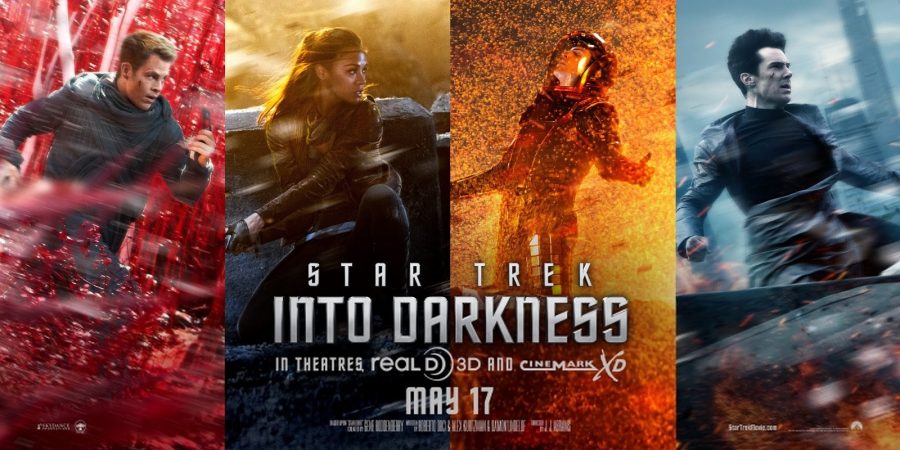 When it comes to movies, sequels often have a hard time measuring up to the excitement of the original. In “Star Trek: Into Darkness,” the second film in the new Star Trek series, the movie had quite a bit to live up to when it premiered on May 17.

In movies like Star Trek, the viewer looks for good action, a good plot and good character evolution. “Into Darkness” had no shortage of any of these. Action-packed throughout, “Into Darkness” lived up to all the hype it had been given before its release.

Director J.J. Abrams pulled out all the stops in the making of “Into Darkness,” Chris Pine as Jim Kirk and Zachary Quinto as Spock dazzle the audience on screen with their wonderful performances.

Beginning a short time after the first movie ended, the sequel once again shows the inner workings of the U.S.S Enterprise and its crew, led by Captain Jim Kirk.

A new foe is introduced, Kahn, played by Benedict Cumberbatch. He makes the conflict with Spock and Kirk exciting and interesting as any good antagonist should.

The plot of the movie details the adventures of the U.S.S Enterprise and has a lot of hidden plot twists that make sure audience members are sitting on the edge of their seats.

Several old characters reprise their roles, as well as several new characters being introduced for the first time.

The storyline of the movie is interesting and not hard to follow. The writers did a fantastic job with the plot and especially the ending that will blow viewers minds.

“Into Darkness” lived up to all the hype and made for an excellent sequel. All the aspects of the movie contributed to the excitement. The magnificent cast and excellent directing make “Into Darkness” an instant must-see.

Here is a trailer for Star Trek:  Into Darkness

To find movie times in your local area Click Here