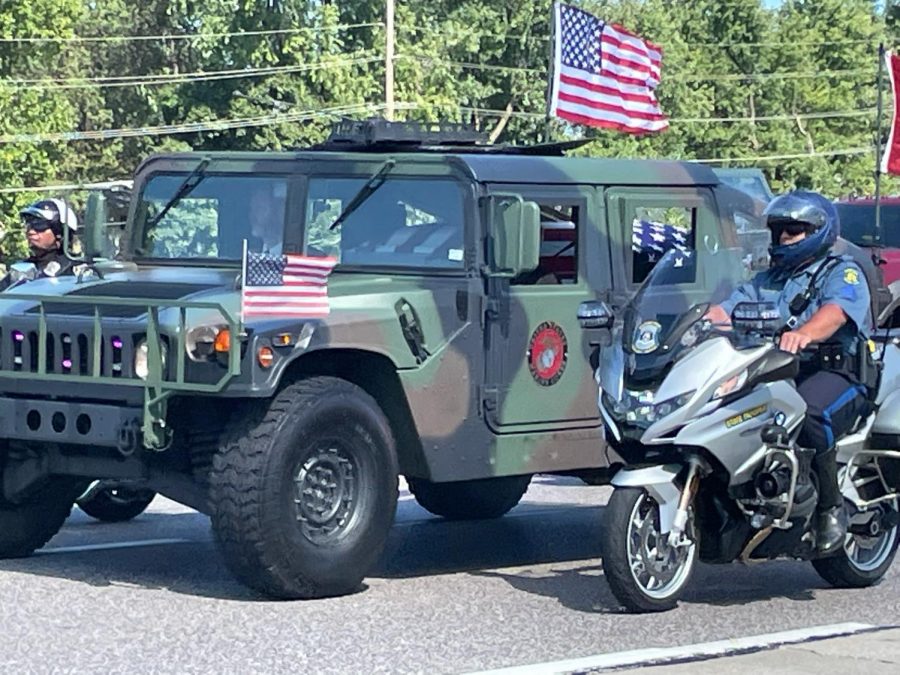 Schmitz's remains transported in a Humvee with escorts.

The Missouri Highway Patrol will close 30 miles of interstates this Thursday afternoon, starting at 2 p.m.

Lance Corporal Jared Schmitz, 20, was flown in last week, closing 12 miles of Interstate 70 westbound, starting from the Lambert airport in St. Louis. The highway was lined with American flags and parked cars, showing respect for the fallen Marine.

Missouri Governor Mike Parson has ordered flags to half staff today. Both Missouri House and the Missouri Senate held moments of silence yesterday.

The funeral and burial will be private for Schmitz’s family and friends. Schmitz was killed along with 12 other U.S. service members in a suicide bombing in Afghanistan.