Halloween Town scares for good cause in St. Charles 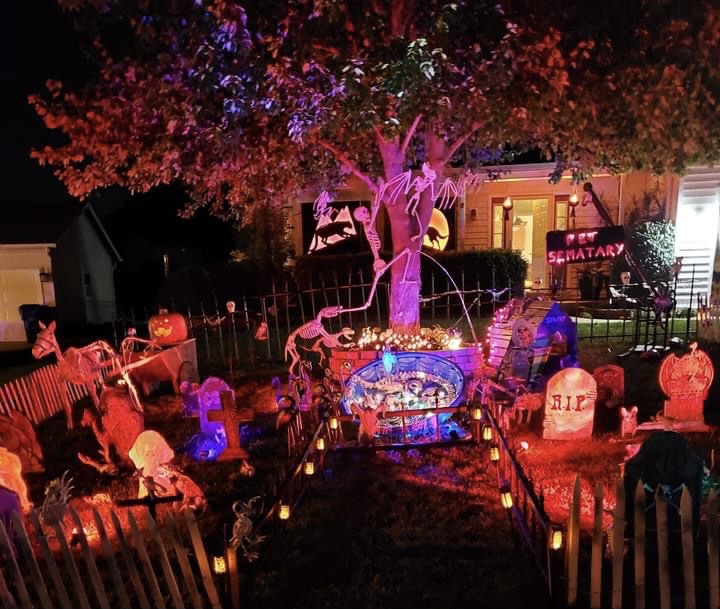 A special Halloween display in St. Charles coordinated by residents was open to the public to help raise money on cancer treatment costs and research for a cure in the Cambridge Crossing neighborhood.

The display is put on yearly by St. Charles citizens throughout the neighborhood at Tower Park Court in memory of a neighbor who passed from cancer. The display is known as Halloween Town and consists of Halloween decorations welcome for anyone to enjoy.

Brad Stockstorm, a resident of Cambridge Crossing, originally started the event, which grew to become a tradition in the neighborhood. When his neighbor Cliff Mossberger fell ill with Leukemia, Brad decided he wanted to help by using his love of Halloween to raise money.

“Each yard has its own theme. When you move onto Tower Park Court, you better be ready to decorate,” Stockstrom said to 5 On Your Side.

The event was originally meant to raise money for Mossberger’s fight against Leukemia. While he became cancer-free for five years, he once again fell ill with the disease which ended up taking his life.

Halloween Town is still put on to this day in memory of the resident, but funds are now directed towards cancer research and to help offset costs that cancer patients face for their treatment. The goal for the neighborhood to donate this year is $10,000.

This fundraiser is something that is worked on not just in the Halloween season, with many decorations being hand-made by the residents.

“We build props all year round,” Stockstorm said.

The decorations are strategically set throughout the neighborhood by all participating houses and take about 36 hours to officially set up the display, according to 5 On Your Side.