Review: “The Many Saints of Newark”: A Sopranos Story – The Early Years of HBO’s Crime Family 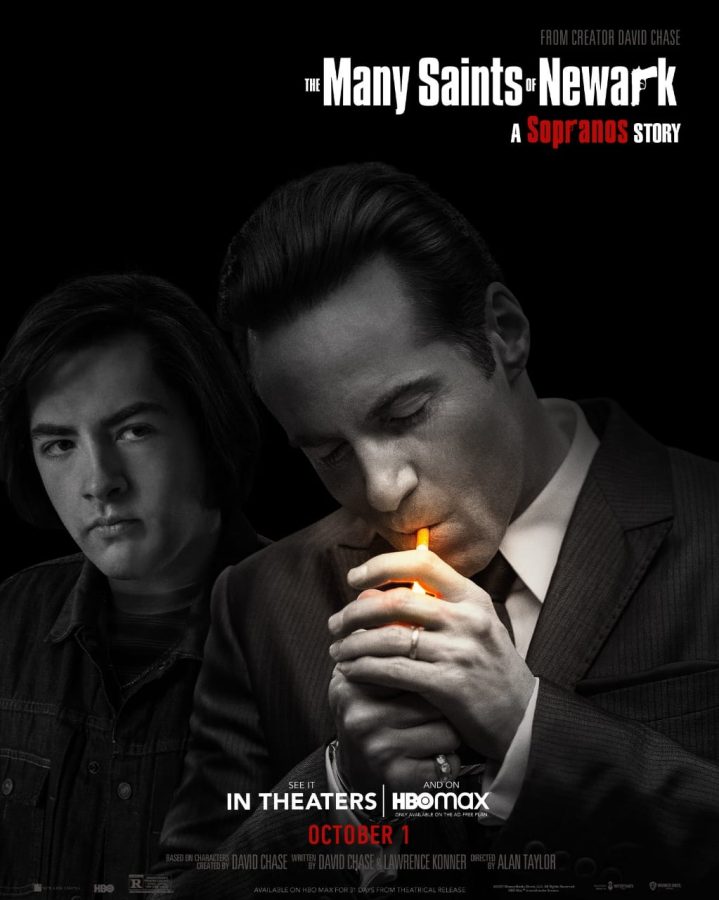 HBO is widely known these days for “Westworld,” “Game of Thrones,” and “True Detective.” 20 years ago, HBO was also known for violent crime dramas. There was “Oz,” “Deadwood,” and “The Wire.”

But I think the one that grabbed a lot of attention was “The Sopranos,” a Mafia crime drama about New Jersey mobster Tony Soprano.

Also, for those who have never seen “The Sopranos,” I would highly recommend that you watch the entire show before this movie. There are some big spoilers from the show referenced in “The Many Saints of Newark.” I mean, this is a TV series that ended almost 15 years ago, so spoilers are open season at this point. But, I’ll be nice for this movie.

“The Many Saints of Newark” is directed by Alan Taylor, who is no stranger to HBO. Taylor has worked on episodes of “Deadwood”, “Boardwalk Empire”, “Game of Thrones”, and even “The Sopranos.” He’s only done a few movies, namely “Thor: Dark World” and “Terminator Genisys.” These aren’t great movies, but his TV work is much better.

The movie is centered on Dickie Moltisanti, a gangster in the DiMeo crime family in 1967. In that year, his father, “Hollywood Dick” (that’s the only name his father is given), comes home to America with an Italian bride, Giuseppina, who is the same age as Dickie. This is just before the 1967 Newark riots, which becomes a major plot point, including fellow gangster Johnny Soprano getting arrested in front of his son, Tony.

Dickie finds out that his father is hitting Giuseppina, whom he grows attracted to despite being his step-mom and being married himself. After a violent confrontation with his father, Dickie begins seeing Giuseppina as a mistress. You can’t have a mob story without extramarital affairs!

During the rioting, Dickie helps one of his associates, Harold, leave town following a murder warrant.

Four years later, Johnny comes home from prison, seeing racial changes in his white neighborhood. Dickie and his wife have their son, Christopher, and Tony is now a teenager who has been committing small crimes in school and even stealing an ice cream truck. Tony likes his sweets!

Harold also returns from hiding, starting a black-led criminal organization of his own. This leads to an attack on one of Dickie’s fronts, escalating into a revenge war between Dickie and Harold. The ending of this feud will begin that spark for Tony that’ll lead him to a long career in the criminal world.

The first thing you’ll notice is that, for a Sopranos story, Tony Soprano isn’t the main focus. Even the narrator voiced by his future nephew, Christopher, shows resentment to Tony, talking about the kind of man he would become: the angry, vengeful mob boss. Yet, he’s mostly a side character, leaving the main attention on Dickie, who serves as the main inspiration for Tony to later become a gangster, just like him.

This younger version of Tony Soprano is played by Michael Gandolfini, the real-life son of the late James Gandolfini, who played the adult Tony in the show. I’ve seen this in other movies, like in “Straight Outta Compton,” O’Shea Jackson Jr. played his real-life father, Ice Cube. Michael is still pretty young, but he sounds and looks like a young Tony. He’s a natural, unlocking the same violent fits of anger that his father had as Tony.

I’ll admit, half of the time I was watching this movie, I was more focused on figuring out who was who from the show. The movie is set roughly 30 years earlier, so nearly every actor was recast to fit the age. No de-aging technology here. The show’s regular characters are in the movie for one or two scenes, so it’s hard to catch them if you’re not familiar with their names.

The movie felt like watching a whole season of “The Sopranos” wrapped up in a two-hour recap. You definitely get the violent feel of the show. The 60s and 70s period elements give some “Goodfellas” and “The Godfather” vibes to it, too. The city, homes, cars, and interiors look authentic, and the acting fits the era so well. It definitely manages to make this film fit the early years while still maintaining the feel of “The Sopranos.”

Harold’s side story remains unresolved, ending with him escaping New Jersey after attacking Dickie and his crew. It’s later shown that Harold is lying low in a new neighborhood. I don’t think he was in the TV series, which is the only reason I can think of keeping him on the run. It feels like that’s the end of his story; however, it doesn’t feel like a complete ending. I don’t know, maybe the filmmakers are keeping things open for more Sopranos films, or maybe I’m just reading too much into this.

“The Many Saints of Newark” is currently in theaters. It was streaming on HBO MAX, but it had been removed until the film is released for home media.