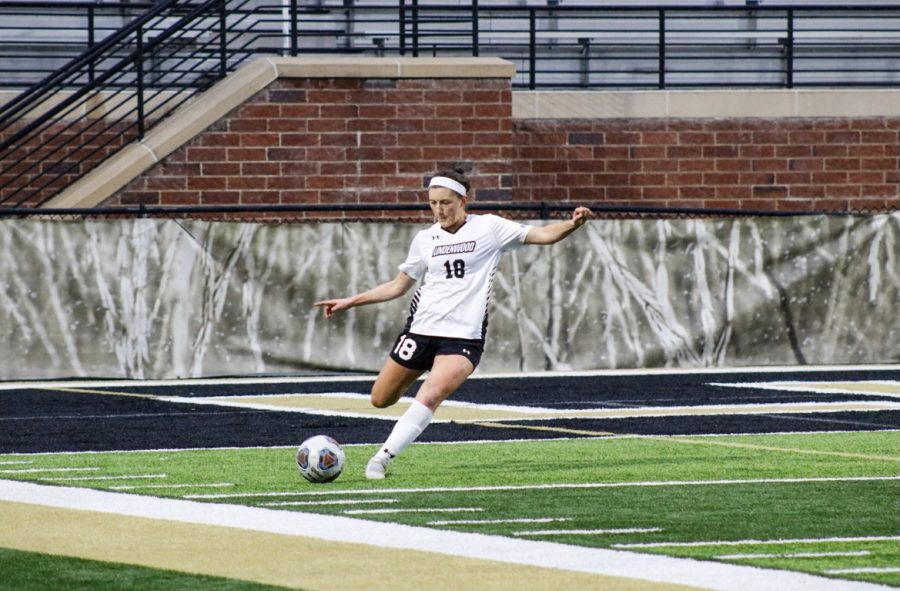 The Lindenwood women’s soccer team ended the season 4-11-1 and on a seven-game losing streak. The team also finished 13th in the 15-team Great Lakes Valley Conference.

Lindenwood then went on a three-match win streak in the GLVC portion of the schedule with wins
against Quincy University, University of Illinois Springfield, and William Jewell College. They
caught their stride, scoring five goals in those three matches while giving up only one goal.

After a draw with Truman State University, the Lions went on to win only one of the last nine
matches, scoring four goals.

Sophomore forward Maggie Weller led the team in points with six and led the team in
shots with 25. Senior midfielder Bailey Bologna and graduate student Emily Burton led the team with
two goals each, which contributed to almost half of the nine goals scored by Lions this season.

Senior defender Jill Wipke earned third-team all-GLVC honors. This made it her second year in a row
of being selected for all-conference honors. Wipke played the most minutes with 1,451 minutes
on the pitch as well as starting 11 matches in that span.

The Lions dealt with injuries early in the season with the loss of captain Katie Juhlin due
to a concussion and the loss of another captain, senior Alaina White, during the Grand Valley State
match.

The goalkeeper situation became relatively thin when senior Sam Blazek went down due to a
stress fracture and sophmore Erika Anstine tore a ligament in her elbow. Senior midfielder
Samantha Linderer filled in as goalkeeper.

“Sam did a great job, and I think now you’re pressing and trying to score and it changes the game,”
head coach Dave Musso said.

Although the team dealt with injuries throughout the season, the Lions always trusted one
another.

“Team chemistry has always been a huge priority for us, and we are really proud about the
culture we have built these past few years,” Juhlin said. “I think this year our team showed a lot of heart for each other, with new roles being taken and new players stepping up in positions they have never played before. Everyone was supportive of one another.”

“The way they came together as a group every single day, the chemistry’s there,” Musso said, “the chemistry and the buy-in was always there and the reason for that was our culture is very strong.”