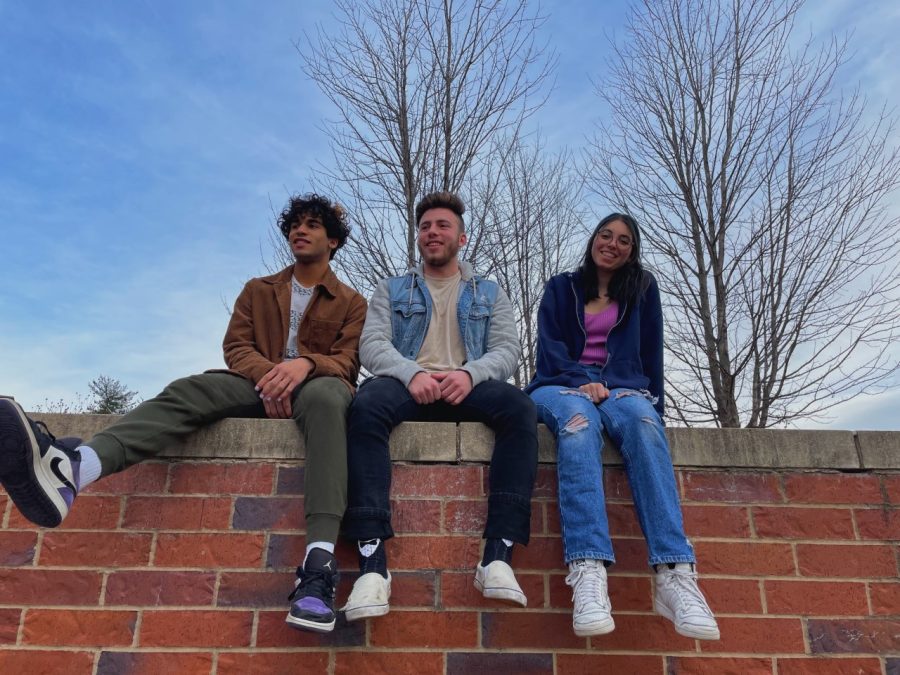 Three Lindenwood students released two songs, “Fantastic” and “Slow Song,” on Nov.12 where they shared their life experiences, thoughts, and feelings.
The songs were written, recorded, and produced by Lucy Prichard (vocalist), freshman Devin Debro (vocalist), and junior Luke Branson (producer). Each song has a story that the artists wanted to share, according to Debro.
“Luke and I were just talking, just small talking, and then his roommate comes in and says: ‘You should make a song about how you feel about college, your first year,’” Debro said. “The song ‘Fantastic,’ the way I approach it, I’m talking about my sleep deprivation and how is it [college] really worth it.”
Songwriting is a safe place for many artists. It’s an outlet and a way to cope with life’s hardships, according to Prichard.
“Some people journal, have their diary, or just rant to their friends about their problems, I just write it all down,” Prichard said. “It’s like a way to get things out of my mind and on to something productive.”
“I’ve been making music since I was 16 and growing up, I was very quiet, so I guess that’s an outlet for me too,” Debro said. “I was able to just write down how I feel and it’s either I make up a scenario or it’s something I actually experienced. Either way, the emotion is real.”
“Slow song” has a story for both the lyrics and the recording process, vocalists and producer shared.
“For ‘Slow song’ that was me just playing guitar and finding something that sounded pretty,” Branson said. “Then recording that into a loop and just playing some drums over it. And then he [Devin] would write lyrics while I made the music.”
“I was picturing myself at this party and the only reason why I’m there is to wait for this girl so I can dance with her,” Debro said. “And then when she gets there, I’m just standing there, awkward, and I’m just waiting for the slow song to play so I can teach her how to dance, even though I can’t dance as well.”
The last part of “Slow Song” was recorded at a Halloween party, where Branson was a DJ. The song was premiered at the party and the crowd memorized the chorus.
“He [Branson] had everybody sing it to the microphone and then we took that audio and put it at the end of the song,” Debro said. “That moment was crazy for me. For the whole week, I just kept thinking about it and kept smiling.”
“It was awesome,” Prichard said. “The end of a song is just a bunch of randoms from the Halloween party screaming the song. It was so fun.”
Branson shared that the process of writing, mixing, and mastering these songs didn’t take long. The song “Fantastic” took only three hours to record and a week to finish the mixing and mastering process. “Slow song” was recorded in two weeks, and mastered and finished in another two.
“From start to finish, these songs were actually super-fast,” Branson said. “Typically, for most of my music, I’ll start a song and release it six to eight months later… But altogether these songs took like a month. Which is pretty fast.”
“Luke spent a lot of time perfecting it, but the actual songwriting process took like 20 minutes,” Prichard said.
Branson started taking interest in producing music in his mid-teen years. He comes from a non-musically inclined family, so all the knowledge and skills gained are self-taught.
“I would use YouTube, online articles, buy courses online, and just absorb as much information as possible,” Branson said. “I got inspired by electronic music itself, I started to get into EDM [Electronic dance music] when I was like 13-14 years old. I started looking up how people did it and tried it and from there I fell in love with making music.”