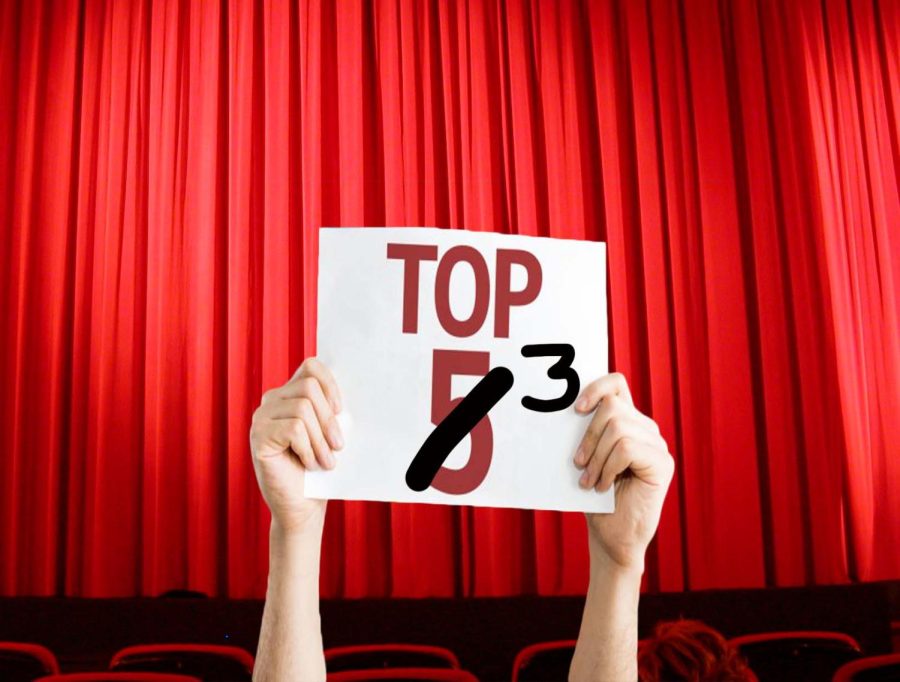 Editor’s note: This article was updated on Dec. 9 for John Hughes’ spelling.

This is always a strange time of the year. It’s a week after Thanksgiving, but I was noticing this month how the Thanksgiving holiday is not as celebrated as much as others around this time.

October was a month of horror movies, especially cheesy 80s slasher films. But after Oct. 31, something strange happens. The stores are flooded with Christmas decorations, radio stations play every Christmas song known to man in an endless loop, and Mariah Carey unhinges her jaw to sing that horrifying song until the end of the year.

But there’s a holiday in between Halloween and Christmas; where’s the Thanksgiving love? It seems like everyone is ready to jump into the Christmas spirit after Halloween. People are already throwing up their Christmas lights and trees, and I’m hearing Christmas songs at stores. Are there even any Thanksgiving songs?

Are there even any Thanksgiving movies? Go ahead, think about it.

It’s a weird thought since there are movies centered on so many holidays. There’s a handful that might mention Thanksgiving or have a Thanksgiving dinner, but it’s mostly just for a scene or two: The first “Spider-Man” movie, “Scent of a Woman,” “Grumpy Old Me,” and “The Addams Family Values” are a few that come to mind. It doesn’t affect the rest of the movie outside of those short scenes.

I looked around streaming sites and asked a few people’s opinions, but it was difficult to even find five movies based on this holiday. So, I decided to cut this list short and use three that I’m familiar with. If you know more, feel free to leave a comment below.

Here are my top three movies for Thanksgiving: 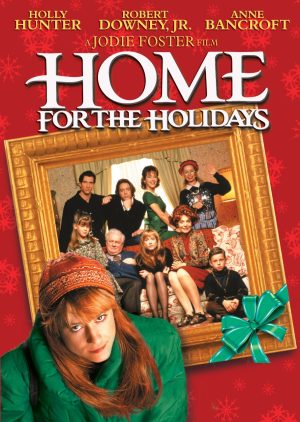 What traditional Thanksgiving dinner would be complete without a dysfunctional family squabble?

“Home for the Holidays” is about Claudia Larson, who gets laid off from work and goes back to her parents’ home in Baltimore for their family Thanksgiving dinner. As more relatives come to dinner, secrets and lies come out. Larson stays more neutral, while her sister is more of a resentful conservative, while her brother (played by a younger Robert Downey Jr.) is much eccentric and wild.

Granted, the movie is tame, compared to what you might see today with TV/movie dysfunctional families. Unlike wild comedies with crazy fights and bizarre reveals, the Larson family maintains a level of realism without needing those over-the-top antics.

Actually, for a 90s film, one of the revealing antics of Downey Jr’s character, Tommy, was that he had a wedding without the family knowing and not that he is a homosexual. For that decade, a gay character in a mostly straight family would have different stereotypical conflicts. Namely, several family members would be awkward or unaccepting of his sexuality or something like that. However, the whole family seems fine with it, which is great; it’s just wasn’t as commonly accepted back then.

There is one part of this film that I absolutely appreciate that they kept in. Unlike those annoying Hallmark TV movies, the fights between family members and in-laws don’t just get

settled with nice talks and family hugs. Some feuds will last for years without any sign of repair. I know that sounds harsh to enjoy in a film, but it’s a bittersweet reminder of life. It’s nice to see that in films instead of some sappy happy ending that makes no sense.

It does end with a sappy love story, though (bleh), but the rest of the film is good.

“Home for the Holidays” is a nice film to sit down with, and it does capture the feeling of family during Thanksgiving. It’s a good example of a Thanksgiving movie that I guess Hollywood just doesn’t make (or want to make). 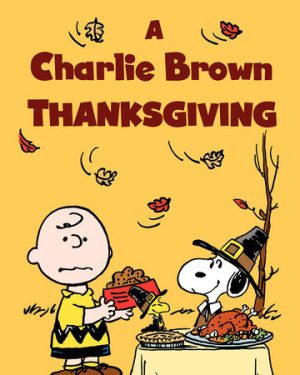 Charlie Brown shorts were a thing of my stepfather’s. He loved them, so that was something we would watch every October, November, and December. They had one for each month.

The Thanksgiving special is all about Charlie Brown organizing a special dinner for his friends (the first Friendsgiving, maybe?) before he goes to his grandmother’s home for the family dinner. The dilemma starts when Charlie Brown’s weird friend Peppermint Patty invites herself and other friends over. But Patty gets upset that Brown only makes popcorn, toast, and jellybeans for the feast since he can barely cook. They make up after Patty apologizes, and then everyone gets to have a big dinner at Brown’s grandmother’s home.

The special has a touching moment that explains the true meaning of Thanksgiving: being together. I think it’s a message that needs repeating every year, especially in the last few

years. Our minds are wrapped so much on Black Friday sales, political arguments, perfect cooking, and long-going family feuds that we often forget why we’re all together in the first freaking place. Family and sharing. That’s the true spirit of Thanksgiving, Charlie Brown.

Okaaay, off my soapbox now.

Brown’s blanket-carrying friend Linus also gives grace for their sad little feast of popcorn and toast. He talks about the first Thanksgiving with Wampanoag chief Massasoit, William Bradford, and Miles Standish. So, the special has a little history lesson there.

And what is Charlie Brown without Snoopy the dog? He was always my favorite part of the cartoons. Snoopy is the one who brandishes the untraditional Friendsgiving feast before all the kids leave for Charlie Brown’s grandparents’ home. Rude. But then he and his little sidekick, Woodstock, make their own traditional Thanksgiving meal for themselves. I find it funny they had the real food stashed away and fed the kids the junk food instead.

“A Charlie Brown Thanksgiving” is what many would consider perfect. Not just for the holiday but life in general. The Charlie Brown series was always good on that. In less than 30 minutes, it covers a nice story on Thanksgiving, as well as the real meaning behind the feast. 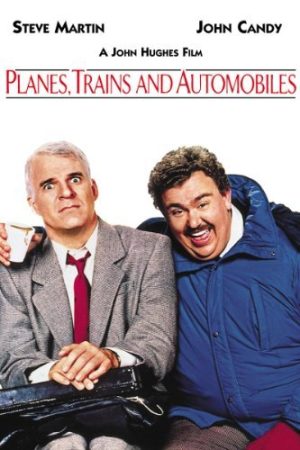 Anyone ever had to travel during the holidays? Did you have to take the train, or the bus, or fly home? Was it a smooth, enjoyable experience, or was it a bitter nightmare of delayed flights and lost reservations?

It also has one of the films’ best rantings of Steve Martin dropping a barrage of F-bombs for over a minute straight.

The movie pairs Steve Martin and John Candy in perfect roles. Martin plays Neal Page, a businessman trying to make it home for Thanksgiving, while Candy is a traveling shower curtain salesman Del Griffith. Both are absolute opposites; Griffith is a lovable, clumsy people-person, and Page is an easily frustrated guy who bottles up his rage until it explodes every so often. Fate locks them in together as they travel from Wichita to Chicago. Both struggle with tiny hotel beds, robberies, winding up on the wrong side of the highway, and freezing in a truck trailer.

If you’re familiar with 80s films, this is one of John Hughes’ works. It’s Hughes’ first adult film, with his earlier movies usually centered on teenagers, like “The Breakfast Club” and “Ferris Bueller’s Day Off.” He wrote more movies than he directed, including “Home Alone” and “Christmas Vacation.”

This movie has a fantastic ending, too. After everything the two go through on this journey, Page invites Griffith home to his family dinner, and it’s a touching, heartwarming moment. I won’t go into specifics (watch it for yourself), but it’s a great moment for Page. It’s another good message for the spirit of Thanksgiving.

“Planes, Trains, and Automobiles” is one that I’ll watch every year. It’s fun to laugh at the mishaps when I can relate to a lot of what those two went through. Interesting enough, the train has been the one mode of transportation that has always been flawless in my experiences. Naturally, I was usually by myself traveling. So I didn’t have John Candy to annoy me; I just had crazy homeless people telling me about their UFO friends that abducted them and stole their money.