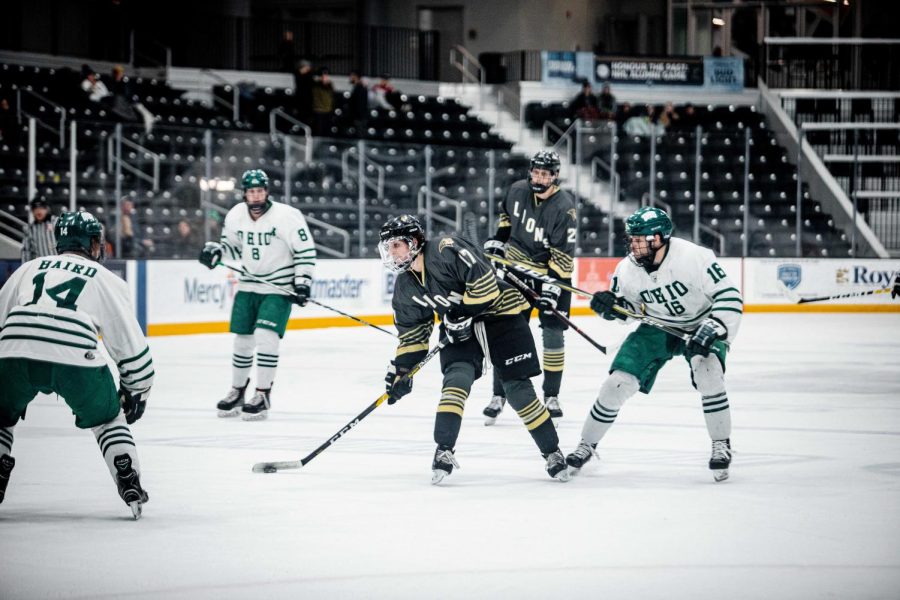 The Lindenwood Lions’ men’s ice hockey team is ranked No. 1 in the most recent national rankings by the American Collegiate Hockey Association after going 11-3-0 in the first half of the season.

The Lions got off to a strong start to the season after winning six of their first seven games. After dropping a two-game set to Air Force, the Lions ended the first half of the season on a five-game winning streak.

“I think it’s awesome. We have had a few very dominant games and some a bit too close for comfort,” senior Vegard Faret says. “It is what we expect out of each other. During games we keep each other accountable and work for each other.”

While the ranking is a positive, this isn’t new ground for the men’s hockey team as they have won three national championships in the last 31 years of the ACHA. The players aren’t letting this get into their heads because they have one ultimate goal in mind.

“Ever since I got here, this team has been a top team in the nation,” Faret says. “At the end of the day, our only goal is a national championship and that’s what we are working towards.”

The Lions look to continue their national championship hopes as they continue their winter season on Jan. 7 against the University of Illinois in a two-game set on back-to-back days.