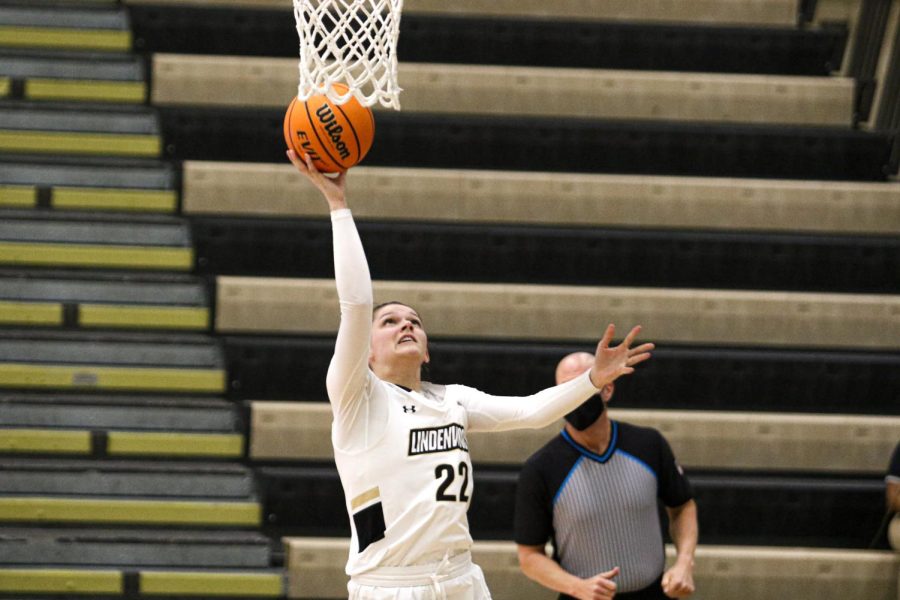 Forward Julia Ruzevich goes up to make a layup against William Jewell College.

The Lions were solid throughout the first quarter, but trailed 20-19 at the end of the opening frame.

With two steals produced by senior guard Hennessy Handy and forward Julia Ruzevich, the Lions took an 11-point lead to end the first half. The team shot 62% from the field and caused seven turnovers.

The Lions controlled the game in the third, maintaining a double-digit lead. They closed the game out, shooting 50% from three-point range.

Ruzevich led the Lions in scoring with 23 points and eight rebounds. Senior guard Devin Fuhring scored the second most points with 15.

The Lions will host Truman State University on Saturday at 1 p.m.