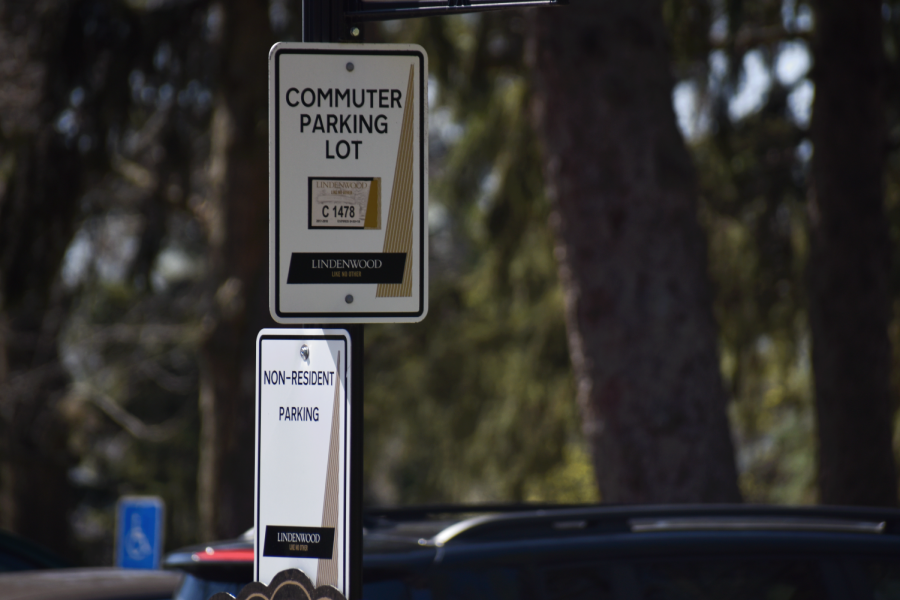 The sign posted at the commuters parking lot signals that the lot is only for non-residents. Many Lindenwood students who commute access the parking lot in order to get to classes and other campus responsibilities.

College students who commute to campus may be finding that their daily travel is causing extra fees and problems when it comes to the gas tank.

In March, the United States, along with other allies, restricted trading with Russia, which is a major exporter in oil. By having the restrictions in trade, gas supply is turning scarce which in turn makes each gallon more expensive.

The U.S. Bureau of Labor Statistics issued a statement on Tuesday saying the Consumer Price Index, or the CPI, which is the measure of the average price change over time for goods and services, for Urban customers purchasing gasoline, food, and shelter increased by 1.2 percent in March 2022.

According to the statement, that amount had already increased 8.5 percent in the past 12 months, before March. However, the CPI of gasoline itself rose 18.3 percent in the last month alone.

On their page about Lindenwood, U.S News said that about 58% of students at Lindenwood live off campus and commute.

Lindenwood sophomore Maddie Egner lives about 15 minutes away from campus and claims that other students must travel farther in their commute. Still, she still can feel the effects of the issue from driving to campus for class and extra-curricular involvements.

“I find myself carpooling more often, but since I’m also 15 minutes away and everyone is on campus. I (have) to meet everyone here,” Egner said.

One commuter who makes a 40 minute long trip during their commute to Lindenwood’s campus is senior Katie Percifull.

“My commute is 40 minutes. This has affected my life tremendously. It’s harder for me to come to campus because I have to fill up my gas tank at least $55-$60 each time,” Percifull said.

Being a full-time student as well as an active member of a sorority, Percifull said that she finds the prices to limit her ability to come on campus.

“This makes it hard to enjoy anything for campus life with how far my commute is and how expensive gas is. I have had to miss out on several sorority events because (of) this inflation. It’s awful,” Percifull said.