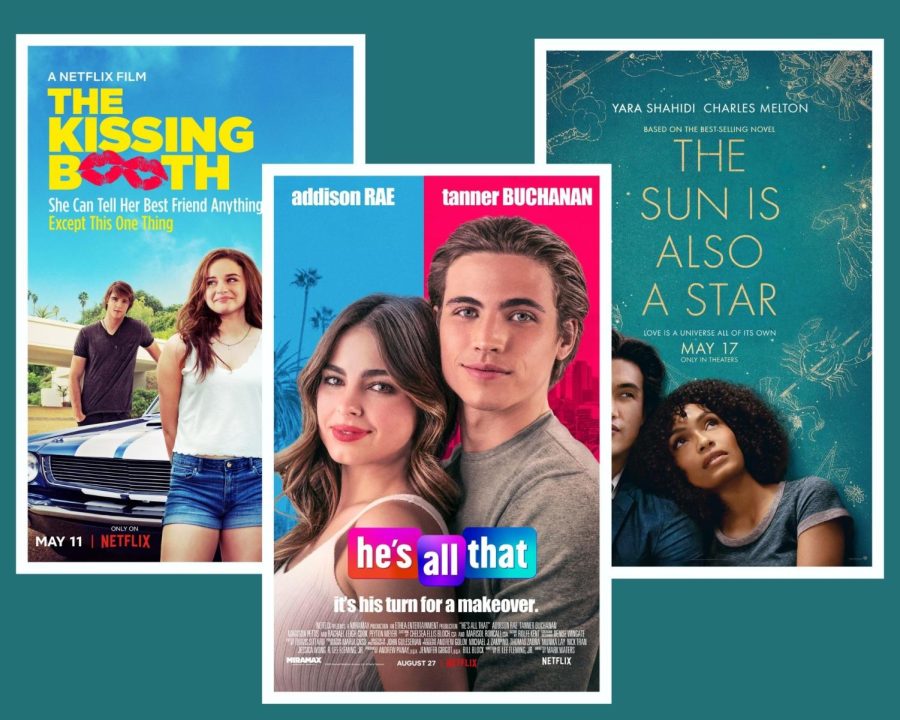 Who wouldn’t enjoy them, right? Usually, romcoms are cute and sweet love stories with a happy ending that fulfills the “happily ever after” promise.

The word usually is there for a reason. Not all romcoms fall under the category. Some of them either leave you sad or make you cringe…sometimes both. At least that’s what happened in my case. Before I watched the movies, I spent a good amount of time reading what movies are considered to be the “best of the best.” And I picked three. Here we go.

1. The Sun Is Also the Star

Now let’s make one thing clear: we all know and agree that romcoms are not meant to be realistic. There’s always too much drama and coincidences that just don’t happen in real life. This movie though? Too unrealistic. But before I start my ramble on why I don’t like it, let me give you a brief description.

The story involves Jamaica-born Natasha Kingsley who doesn’t believe in love and destiny and a Korean-American Daniel Bae, who desperately loves love. The combination of the two already sounds unrealistic.

Two teens meet in a cute “this is destiny” way that I have nothing bad to say about. BUT that’s when it gets too unrealistic. First of all, who spends the whole day and night ALONE with a guy they just met? But since this is a romance movie, I’ll act like it’s not dangerous and completely irresponsible…

Another thing I found completely unnecessary was all of the skylines and building shots. Don’t get me wrong, those are beautiful but if you take them out, the movie would probably be 40 minutes shorter.

I’m just going to briefly touch on the scenes that made me cringe BADLY. And this is coming from a person who absolutely loves romcoms. The scene I have in mind is the karaoke one, which is supposedly one of the main scenes in the movie. That’s when Natasha realizes she “loves” Daniel and fantasizes about their future together. Not too bad, right? Well yeah, but what made me cringe was Daniel singing. First of all, the voice does not match the actor. I’m sorry but it just doesn’t. Even though he has a sensitive, hopeless romantic character, the actor is definitely not the best match. The overall scene would be cute if, again, it wasn’t on the same DAY that they’ve met. I know this is a romcom but seriously?

Now, the cherry on top was the coffee shop scene at the end of the movie. Several years later, Natasha comes back to New York and is desperately looking for Daniel.  I’m sure I’m not the only one (or I hope I’m not) that found that scene strange. First of all, why would you meet up with a lawyer in a coffee place to ask one short question that could easily be answered over text? Again, so unnecessary. Of course, it turns out Daniel reads poems (about Natasha) in that coffee place, they meet, and live happily ever after. BUT, hear me out. Wouldn’t you rather just have Natasha sitting in that same coffee place thinking about Daniel when he comes up to the mic and starts reading poems about her? The whole little talk with the lawyer really didn’t add much to the plot. And it’s just weird.

Overall, the movie is not THAT bad but if you’re looking for an unrealistic-sometimes cringy-love story, this might just be the right fit for you.

I honestly don’t even know where to start…This movie is just horrible.

To begin with, the main character Padgett Sawyer is played by Addison Rae who is a TikTok personality. No hate on TikTokers, but giving them main roles is a bit of a stretch. I could talk about poor acting in this movie, but that’s not what we’re here for. We’re here for the love story.

After seeing her boyfriend cheating on her, Padgett decides to “make” another boyfriend (that’s already ridiculous) who is supposed to be her prom date and possibly the prom king. The victim of her “boyfriend project” becomes a guy, who’s considered to be an antisocial outcast, Cameron Kweller. The plot itself is not that awful: two completely different people with different lifestyles somehow fall in love and have a beautiful ending. What’s my problem then? The inconsistency of the plot.

One second, we learn how antisocial Cameron is, and how much he despises the culture and wants nothing to do with it. Then, out of nowhere, he agrees to go to a high school pool party. And well, here you can say that he was dragged to go there by his friend but what happens at the party is just ridiculous. The antisocial guy runs to the stage to sing karaoke with Padgett, who he talked to for what…two days? Then, after having one “let’s share out traumas” conversation they bond and are inseparable. They go to parties, Cameron gets a haircut, becomes cool, and all that.

I’m not going to deny, that the whole idea is great, especially when Padgett gives her speech at the prom. But the plot is so inconsistent and just doesn’t make sense. Viewers never got the “why.” We never got what was something that made their friendship (or boyfriend project) turn into a passionate relationship.

Too many gaps. Bad acting. But again, if you like unrealistic love stories that don’t make much sense – this one is just what you need.

The Kissing Booth is a story of three people who can’t figure out how to handle relationships. It’s the story of Elle Evans, her childhood friend Lee Flynn, and his older brother Noah Flynn fighting each other physically or verbally for three movies.

After watching the trilogy, my biggest question is: “why so complicated and toxic?” We could have a nice story of how Elle falls in love with Lee’s older brother, they all spend time together, become a real family, while Elle has her two most important men (her best friend and her boyfriend) in one family. They all get along and live happily ever after.

Noah is jealous, controlling, has clear anger issues, and thinks that Elle’s whole life has to be about him. Lee is pretty much the same; he thinks that Elle having feelings for Noah is a betrayal of their friendship rules that they created when they were -what, 10 years old?

Elle, on the other hand, is pressured all the time to choose between two, never prioritizing herself. The situation could have been resolved by all three of them simply sitting down and talking it through. Yet again, that didn’t happen.

Now if you’re watching the last movie, you’re thinking that this young couple will finally resolve their issues, get rid of the toxicity, and live happily? Didn’t happen. The movie ends with Noah and Elle meeting years later, both living their own separate lives.

Considering that it’s a romcom, the ending is a bummer. No happily ever after here, at least not as a couple. BUT I think this is for the best since their relationship was anything but healthy. If you want to learn how NOT to handle relationship problems, “The Kissing Booth” is waiting for you.