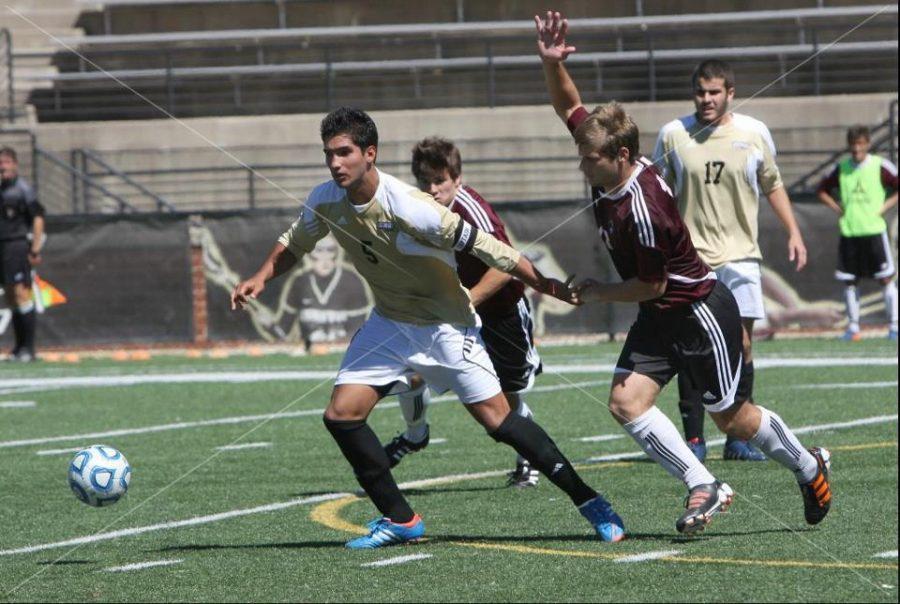 In casual conversations after mentioning the word football, many ask if the other person refers to American football or soccer. Either way it is an extremely dynamic sport that brings people together.

Beckham is well-known for his 20-year-long soccer career with prestigious teams such as Manchester United, Real Madrid, Los Angeles Galaxy and the latest Paris Saint-Germain.

Current and former Lindenwood soccer players have a word or two about Beckham’s departure.

Duarte believes that Beckham’s five-year performance with L.A. Galaxy influenced soccer’s growth in the American community, as seen in St. Louis last month in the sold-out Busch Stadium Manchester City-Chelsea soccer phenomenon. He said, “It not only helped his image, but it also made a huge difference, especially in female soccer leagues.”

Soccer is not as big in the United States as it is in other countries; nonetheless the craze for football is spreading. It is definitely a bigger sport for women than for men.

Duarte believes that it is only a matter of time. “The organizational system here [U.S.] is better than in some Latin American countries,” said Duarte.

“Being at the top and staying at the top is of high-maintenance. After getting almost all the possible accomplishments, it was the perfect time to retire,” said Duarte.

Beckham was also known for his marriage to Victoria Beckham (Posh Spice), fashion designer and known for her good looks.

She believes that Beckham’s interest in owning an MLS (Major League Soccer) club is what has contributed positively to American soccer.

Football, baseball and basketball are the all-American regular sports, part of the culture since a child’s formative years.

Every soccer player wants to retire at their best moment and level. Beckham “is at an age where you are probably not in your peak physics and everything, so I think it was the most suitable time,” said Barth.

Alfredo Paez Pumar, a midfield Lions player, finds Beckham an exquisite player who has had the greatest opportunities.

Paez said he truly believes that Beckham’s best performance was in Manchester United out of the multiple European teams he played in. This position later opened doors in one of the most recognized Spanish teams: Real Madrid.

Along with Duarte and Barth, Paez agrees that Beckham’s appearance in L.A. Galaxy brought MLS to the table.

Paez attended the May 23 Manchester City-Chelsea game at the St. Louis Cardinals stadium. He said he was exceedingly satisfied with the field conditioning and the presence of most of the first eleven.

“It was an amazing experience, it filled all of my expectations even though it was in a baseball field,” said Paez.

He considers Beckham a dynamic, swell and elegant player with a good perspective of the game, which makes him stand out from the rest. Medina said, “He played for 10 years with his beloved team where he was a leader and won highly important awards, more than many can dream of.”

The three-time English World Cup player couldn’t have retired at a better time. “He won in the French league not long after Messi’s Barcelona lost quarter-finals,”said Medina.

Not only those who play soccer can be passionate about the sport and its celebrities. The BBC Sports Personality of the Year and Best MLS Player ESPY Award amazed more than he expected.

An engineering sophomore, Arnaldo Salazar, admits that even though he doesn’t play soccer he considers himself a fan.

Between laughs Salazar said that he would definitely postpone a night out in order to watch a match.  “Soccer awakens many positive feelings within me — even when I’m just playing FIFA,” he said.

Salazar explained how Beckham’s first appearance in Real Madrid C.F. fed his interest in the sport.

He said his dad would frequently travel to Spain and follow Real Madrid’s games, so he thought it was a fantastic team, too. “Beckham was simply great with direct free kicks while playing in Real Madrid. He gave the same contribution in the last Champion League changing the course; that’s why he will be missed,” said Salazar.

Life is a cycle with a beginning and an end. Everyone gets their chance to shine.

Obviously it is sad to think that we will not be seeing a star like Beckham play any more. Still it is heartwarming to see the birth of opportunities for others to come.

“I think I know when I’m ready. I know that I’m ready. Obviously it is a difficult decision because I still know that I can play at the top level and still have done for the last six months. But I have always, you know, secretly said to myself that I wanna go out from the top.”