Family Arena repairs to be put out for bid 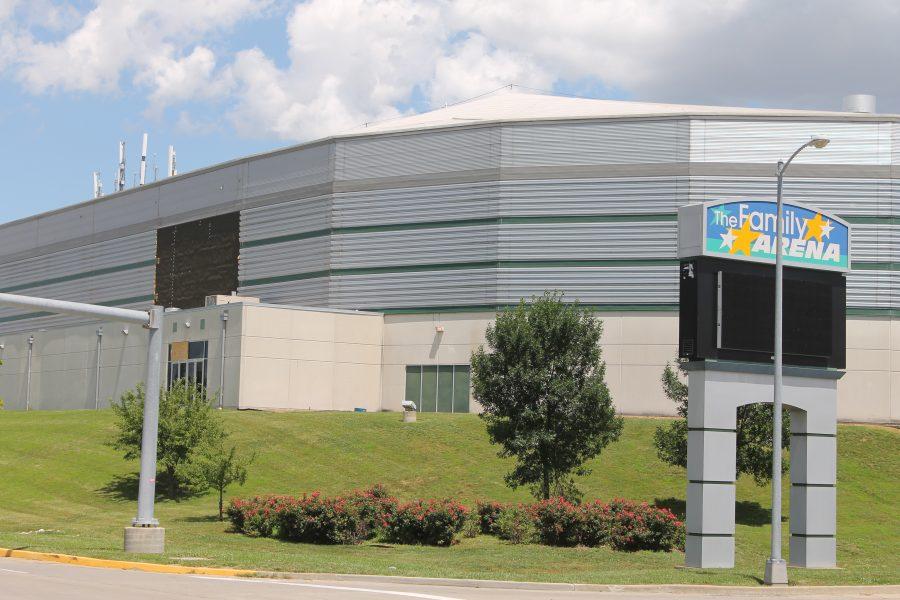 Damage to the west side of the family arena has been temporarily repaired. Photo by Michael Sprague

The storm damage delivered to the St. Charles Family Arena on the evening of Friday, May 31, was severe, but most was temporarily repaired to allow business to proceed the following weekend.

The arena, owned by the county, will continue to host scheduled events while officials put out bids to prospective repair companies.

Colene McEntee, public affairs coordinator for St. Charles County government, says the county will put out those bids sometime next week, giving the county time to make decisions on repairs.

The Family Arena has been under criticism of late, so costly repairs could cause an uproar from tax payers.

The storm left 10 heating, ventilation and air conditioning units damaged and moved, while one was thrown to the ground, according to McEntee.

McEntee said that in addition to the HVAC damage, “There is a large gash to the  side of the building and water got in the concourse on the street side because of the hole.”

Interior drywall and carpet damage resulted from the water, but McEntee confirmed that the bowl of the arena was not damaged as a result.

The hole in the side of the building was quickly and temporarily repaired though power was not returned to the arena until June 3.

The Family Arena was scheduled to host three Francis Howell School District graduation ceremonies on Saturday, June 1, as well as two for the Melville School District the following day. All five ceremonies were moved to different locations, according to McEntee.

The Dream Car Sprint expo was held the week of June 21, though only the parking lot was used.

The Arena also played host to the Banda El Recordo this weekend.

No other events were scheduled until mid-June according to the website.

Information on the repair process will be updated when it is available.