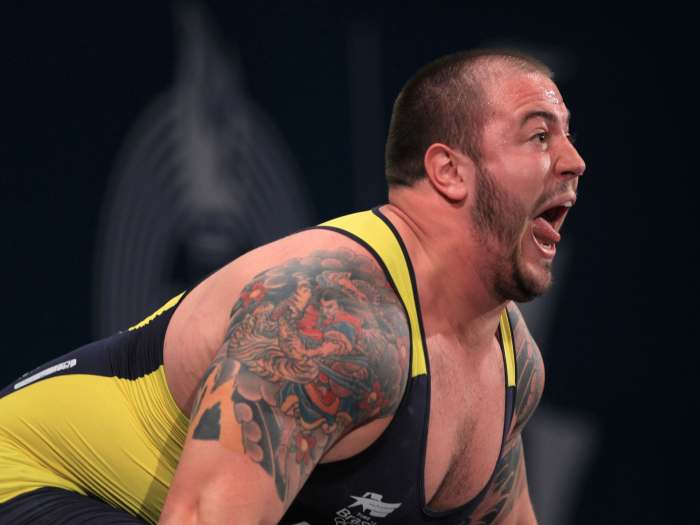 LU’s very own Fernando Reis won his second consecutive gold medal for his country of origin, Brazil, at the 2013 Pan American Championships in Isla Magarita, Venezuela.

Reis competed against some of the world’s finest weight-lifters from 20 different countries over the eight day competition, and persevered to retain his title on June 30.

Reis competed in the 105 kg and above weight class and lifted an incredible total of 407 kg.

The two featured lifts that comprise the competition are the clean and jerk and the snatch.

Reis’ 227 kg clean and jerk was the top individual lift of the event at all weight classes, and his impressive 180 kg snatch bested the competition by 7 kg.

Reis finished three points ahead of silver medalist Christian Lopez of Guatemala to secure his second-consecutive victory at the Pan-Ams.

The future looks very bright for Mr. Reis. The 23-year-old Brazilian already has Olympic experience under his belt (he competed at the 2012 Summer Games in London at the 105+ kg weight class) and with a second consecutive title at the Pan Ams to go along with back-to-back National Collegiate Championship wins at LU, Reis is only getting better with age.

The massive Brazilian will be back on campus at LU this fall looking for his third straight win at the National Collegiate Championships, as well as prepping for more international competitions outside of LU.

With two years of eligibility left, Reis could leave LU after winning the National Collegiate Championships all four years, an unprecedented feat.

It will be incredibly exciting to watch it all unfold, and one can only wonder just how high Reis will climb in the Olympic-lifting world; my guess is he won’t stop until he earns Olympic gold.