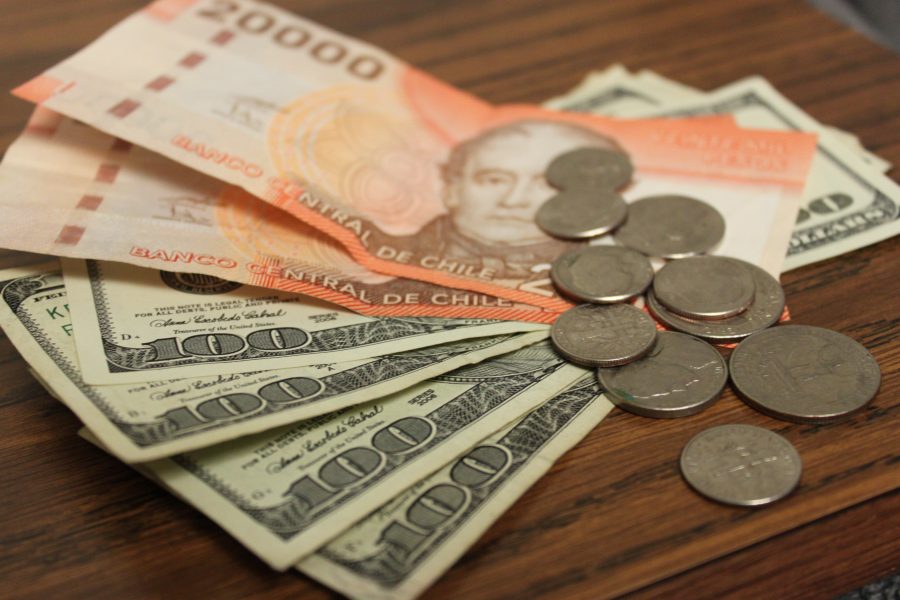 Lindenwood University currently has around 1,150 international students. Out of the 102 countries these students represent, just a small group shares the American dollar as their official national currency.

Changes in currency have affected students from Venezuela, Kenya, and Brazil.

By the end of May the Venezuelan bolivar, the authorized official currency, increased by 7% compared to the dollar. In other words, one dollar is equivalent to 6.29 bolivares.

Elisa Mata, from Valencia, Venezuela, forms part of the 90% of the Venezuelan students who used CADIVI in order to pay for their educational expenses.

CADIVI or Commission for the Administration of Currency Exchange, is the government body from the Bolivarian Republic of Venezuela which regulates the currency in regards of national medium of exchange.

The Venezuelan students conveniently use CADIVI once a semester for their basic expenses such as tuition, allowance, and medical insurance.

Lindenwood approves the usage of CADIVI and supports the process. Mata said, “I’m satisfied with LU’s support. Nevertheless the situation become quite complex since mid-spring semester.”

Mata explains how the business office has failed delivering official payment confirmations, instead, they now post student account’s balance through the portal. She said, “I submit the paperwork with fingers crossed. Unfortunately the process can be denied, especially without a receipt.”

Jose Jones, student account representative, clarifies that the issue lies in the fact that the letters which CADIVI requires need to be case (student) personalized.”They ask for a specific letter that must contain the student’s account balance. Furthermore, it must also include breakdown of the graduation date, major, scholarships, and tuition.”

In addition to this, Mata would like for the paperwork to be more efficient . She said, “Despite the many barriers, the amount of tuition we pay is fair because it is very similar to what other students pay as well.”

Mata added, “CADIVI should not complicate things. It is our money and we are paying for the service. They do not give the money away, as many believe.”

Jones added that the business office does its best to support and sympathize. “We can accommodate and make adjustments in the accounts as long as the government provides us a letter detailing the student’s problem,” said Jones .

Not far from Venezuela, Brazil shares a similar situation.

Since mid-May, the Brazilian currency unit, real, have increased from 2.00 to 2.10 reales per dollar. The 73 Brazilians students attending Lindenwood have noted an evident increase in the exchange rate.

Gabriela Santos, from Bahia, Brazil explains how stressful the situation has become. Santos said, “My bank in Brazil requests an extensive amount of documents proving my college expenses. Without them, my parents can not transfer me any money. ”

So far, Santos remains in a stable financial relationship with the University but admits that the difference between coins took her parents by surprise. She said, “When I first came to LU, the current value of a real was of 1.50. Last semester my parents paid 11k R in contrast to 16k R they paid for this semester . ”

Although this increase caused a negative impact on the household economy, Santos said that for her parents, Santos educational expenses are of high priority. “On my behalf, I try to save as much as possible and conscious with my personal expenses,” said Santos.

Santos is not sure of the level of interest of LU regarding the exchange rate in my country. She said, “We are at a university in the United States and we have to pay in dollars. I do not think the administration cares whether or not the currency increases. It only matters that there are bills to pay. ”

The expectations on the currency for Santos are low because it is predicted that the real can increase to 3.00. She said, “The U.S. government is investing in other American countries. For now I remain faithful that the Brazilian government plays its cards right.