Roemer was a preacher, LU turned him into a president 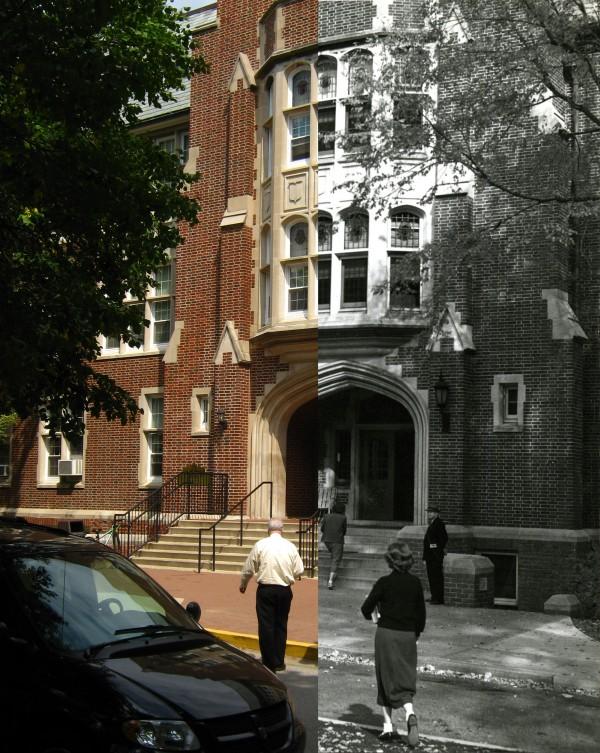 Roemer Hall, named after LU’s 12th president John L. Roemer, is one of the most iconic buildings on the old part of campus.

An archived St. Louis Globe Democrat article dated Oct. 10, 1919, said that a new administrative building, later named Roemer Hall, was “to join the other four main buildings on the campus.”

Along with Butler Hall, Niccolls Hall, Jubilee Hall (later renamed Ayres Hall) and Sibley Hall, the just-erected Roemer Hall was part of “the newer Lindenwood” that benefactor and board of directors member Col. James Gay Butler had envisioned.

Butler’s goal was to get the college functioning more like a traditional, larger college according to the St. Louis Globe Democrat. Roemer was his candidate.

A pastor by trade, Roemer built a struggling Tyler Place Church into one of St. Louis’ largest Presbyterian churches in his nine years in charge before coming to Lindenwood.

Butler played a huge role in bringing Roemer to the college. Having already brought expansion ideas to campus, Butler was thrown a curveball when Rev. George Frederick Ayres, predecessor and friend to Roemer, died in office in October of 1913.

Butler’s first two attempts to lure Roemer in were met with denial.

“While I appreciated the confidence he had in me for the place, his suggestion was not receive with favor,” Roemer wrote in his personal journal.

“He was told the place should be filled with an educator, not a preacher.”

By their third meeting, Butler assured Roemer “that he was convinced that I was the man for the place.”

“When Mrs. Roemer and I started for St. Charles, May 12, 1914, our feelings were very much like the weather, very gloomy.”

For 26 years, the longest presidency since Mary Sibley, Roemer advanced Lindenwood, capturing the hearts of the students in the process.

According to a 1924 edition of the alumnae magazine, The Lindenwood College Bulletin, “the direct cause of [Roemer Hall] being so named was the unanimous petition of the student body.”