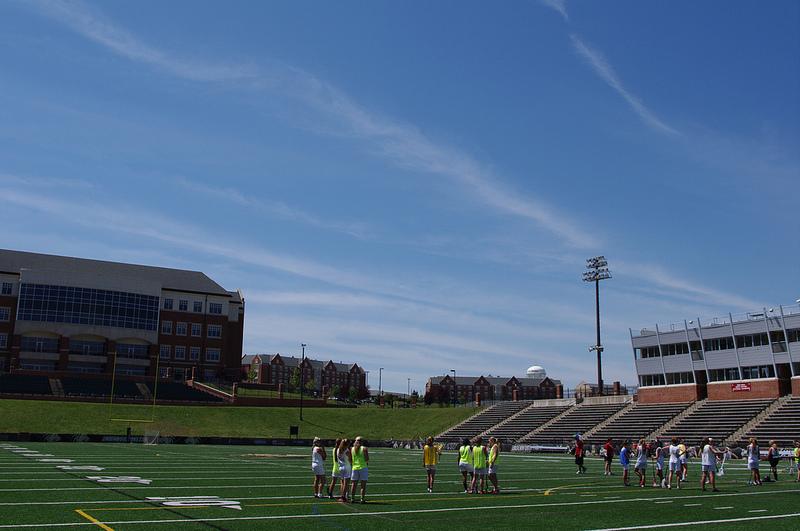 The athletic field located directly behind the Spellmann Center is largely associated with Lindenwood Lion football. Before its construction in 1976 though, it was associated with a different team: the St. Louis football Cardinals.

When ground broke on the field in spring of 1976, a date of May 15 was set for “the completion of the surface of the main playing field which will be used as a summer training base by the St. Louis Cardinals professional football team,” according to the St. Charles Banner news.

Just six short years later, the Cardinals were out the door, using other facilities for summer training. A 1982 article in the St. Louis Globe Democrat had a bleak outlook on the stadium’s future.

“With the Cardinals’ pre-season base back at Charleston this summer, their absence has hurt the town,” sportswriter Dave Lange wrote.

“And what about the field, built with the understanding that the Big Red would be around for considerably longer than the six seasons they actually stayed?”

Working through the troubling times of the mid-‘80s, the stadium remained in its original condition until 1988. At that time, one man changed the future of Lindenwood athletics forever.

It was announced by the Board of Directors that St. Louis Orthopedic Surgeon and Sports Medicine Specialist Harlen C. Hunter would donate $600,000 to improve outdoor facilities.

Having opened his clinic in Chesterfield in 1976, Hunter saw the stadium develop over time. He told the Linden Word in the summer of 1988 that “one thing just led to another, and I began to see the great need to establish a sports facility for our youth.”

“Athletics is the physical conditioning of the young. I felt that my gift to Lindenwood could continue this important health activity even beyond my own lifetime.”

Built in ‘76, the stadium was intended to be the home of Lindenwood College men’s and women’s soccer teams.