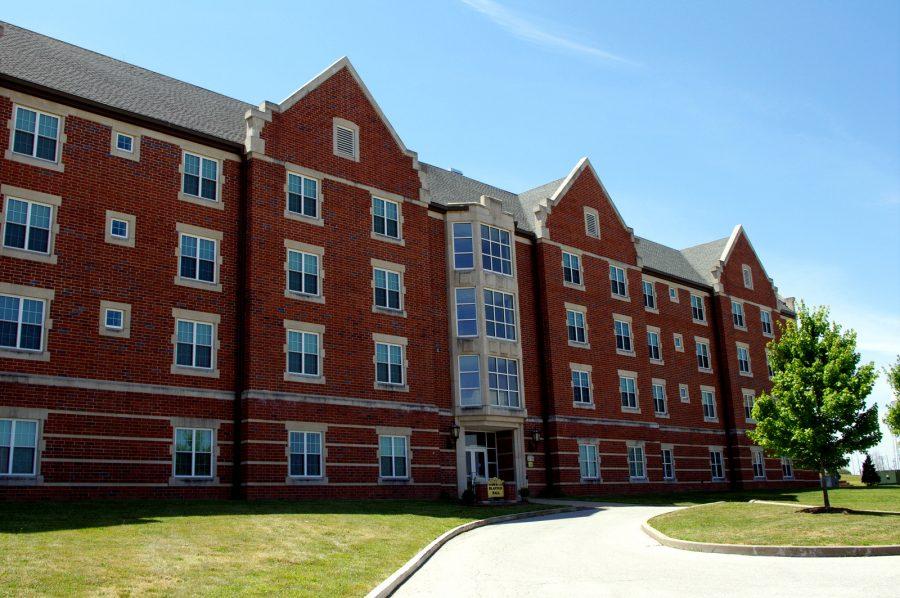 Ben Blanton has been in the business of construction for nearly 40 years. Blanton’s company, Blanton Construction Co., has now been the construction company of choice for LU for over 10 years. Blanton took on the role as a member of the Lindenwood College Board of Directors at the start of the 1991-92 school year.

When LU looked to enhance the campus with what came to be known as The Heritage Campaign in the late-90s, Blanton’s company was an easy selection. Blanton Hall, Guffey Hall and The Spellmann Center were the first three projects headed by Blanton Construction Co., with many more to follow.

“The new residence halls are a symbol of the university’s recovery from hard times a decade ago when Lindenwood was in danger of closing its doors,” Blanton said prior to his dedication ceremony.

Blanton Construction projects on campus to date include the J. Scheidegger Center for the Arts, Hyland Performance Arena, Calvert Rogers Hall, Reynolds Hall, the Spellmann Center, the Lou Brock Sports Complex and renovations to Hunter Stadium. He has given much of his time and resources to developing his company into one of the premiere construction companies in the St. Louis area.

Still, Blanton has made a name for himself in other ways throughout the St. Louis and St. Charles communities. According to an LU press release, prior to his work with the LU board of directors, Blanton was the St. Charles County Chairman of the YMCA, budget committee chairman of the Five Year Planning Committee of the Francis Howell School District.

He was on the board for Drug Free Missouri, Mark Twain Bank of Harvester and the St. Charles Advisory Committee of the Regional Commerce and Growth Association. All of these associations led to Blanton being named the St. Charles Chamber of Commerce citizen of the year in early 1996. In 2001, Blanton added the Duckett Creek Sanitary District’s board of trustees member to his resume.

Later that year, Blanton and his wife, Carol, received special honor at the Youth in Need’s annual fundraiser. Blanton has established himself in the LU committee as a hard working individual, driven by providing for others.

Blanton still serves on the university’s board of directors, sitting along side others who have had the pleasure of watching his company construct buildings in their name.