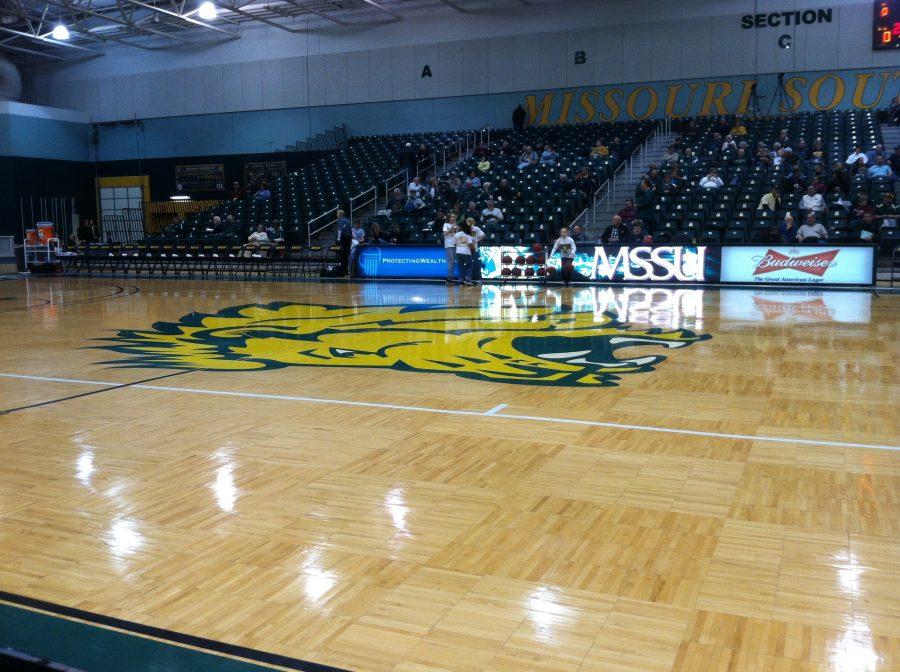 A crowd sits through a 45 minute delay before yesterday's women's basketball game at Missouri Southern. The officials were late getting to the arena.

A scheduled 5:30 p.m. tipoff turned into a 6:15 p.m. game yesterday in Joplin, Mo. The Missouri Southern Lions women’s basketball team beat Lindenwood 72-61.The start of the game was delayed when the referees arrived late.

“As good as the teams we’ve been playing are, we’re going to spend the next week working on us,” Lindenwood coach

Tony Francis told lindenwoodlions.com. “We had 13 turnovers in the first half, and most of those were unforced. That’s maturity, accountability and focus. They have to learn to bring that night after night.”

LU trailed by 10 at halftime, and cut the lead to three with under eight minutes to go, but that was as close as Lindenwood got.

The women are off a little less than a week. They play again at 5:30 p.m. January 22 when they host Southwest Baptist at the Hyland Arena.