Men’s basketball loses in first round of MIAA tourney 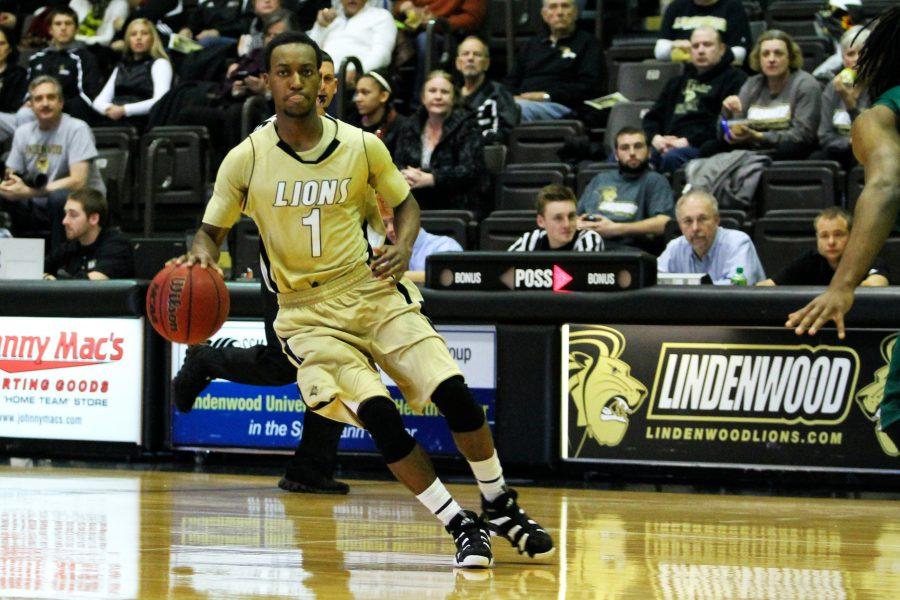 Despite guard Darris Smith’s 21 points, the Lindenwood men’s basketball team lost in the opening round of the MIAA tournament to the University of Nebraska-Kearney Lopers 86-80 on Monday night.

The Lopers led 45-32 at halftime due to the Lions inability to slow down forward Mike Dentlinger, who led all first half scorers with 20 points.

Coming out of the locker room for the second half, the Lions missed their first eight shots and were held scoreless for more than five minutes, allowing the Lopers to extend their lead to 23 points.

Despite a late charge by the Lions that allowed them to trim the lead to five points with less than three minutes to play, the Lions were not able to complete the comeback.

The Lions dressed only eight players for the contest after removing sophomores Brandon Marquardt and Aaron Ramirez from the roster early last week.