Men’s rugby gets bitter taste of Division 1A 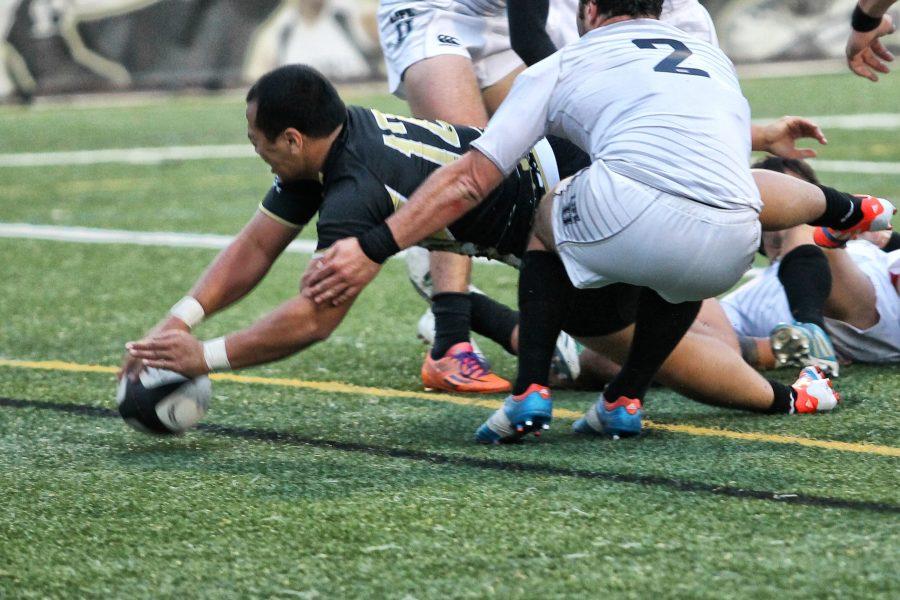 Out of the toughest division of premier collegiate level rugby, Lindenwood men’s rugby has officially established themselves as they kicked off their season in Division 1A Collegiate Rugby.

In the opening game of the official season, the team was ranked seventh. Lindenwood’s second team played first, with two tries, each worth five points, from freshmen Nick Feakes and Zach Gonderman. Feakes also had two penalties and two conversions to end the game in a 25-15 victory for LU. First team followed shortly after with tries by freshman Lungile Tshuma and juniors Lincoln Magee and James Poli and a conversion by freshman Ben O’Donnell, but the men couldn’t pull out a win and fell to Arkansas 25-17.

Junior Michael Gierlach believes the team’s major setback was the numerous penalties against them which allowed for Arkansas’ quick advancement down the field.

“I think with our quality coaching and athletes and this being our third year, we can expect great games and a successful season,” said Gierlach.

Freshman second row Jack Huckstepp, an Australian native playing on the second team, debuted with the Lions in this game. “Seeing what a team like Arkansas can do suggests we have a lot of improvements to make to merely compete in a division this difficult,” said Huckstepp.

JD Stephenson, who was recently named head coach, had much to say about both teams performances. “We were our own worst enemy, as we gave away countless penalties thus swinging the momentum away from us,” said Stephenson.  “There’s a lot to take out of a loss, but I can’t be too critical on them. Sometimes it’s not your day, and this just wasn’t ours.”

Freshman Jeremy Leber from Australia plays hooker on the first team and was the only Lion to score in the first half, followed by Poli and Tshuma in the second half before Life kicked two penalties to win the game 19-15. Leber said he’s extremely confident coming out of this week’s game regardless of a loss.

Foster has high hopes for the season and said they’ve shown their dominance as a team and LU can expect to see the team win every game this season.

When asked how the rest of the season is looking, Mathis said, “The losses we’ve had have not been blowouts, they prove we can hold our own in this spot in our division.”