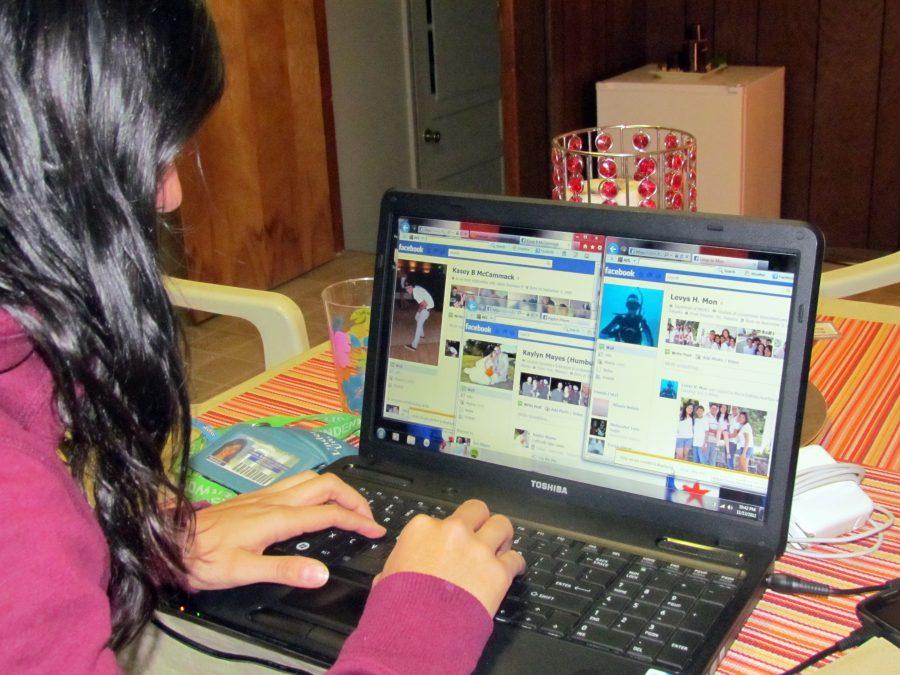 Facebook is becoming a stalking tool. It is easy to find personal information about almost anyone just by logging in.

It is a social network built by and for the people. The platform created to connect the world and share with others is now an easy way to creep on users.

Mark Zuckerberg created Facebook in 2004 and defines it as “a social utility that connects people with friends and others who work, study, and live around them.”

Zuckerberg said that Facebook provides privacy settings to keep them safe. Meanwhile, earlier this year he and his girlfriend were stalked on the network.

According to Missouri’s Cyberstalking laws, a person is harassing when “knowingly frightens, intimidates, or causes emotional distress to another person by anonymously making a telephone call or any electronic communication…”

Tara Markel, an 18-year-old Lindenwood student, joined the network to keep in touch with old friends. She still remembers how crazy it was to use Facebook at first. “My father is a cop, so he was always telling me of all the stories of girls getting tracked down by creepers,” said Markel.

Markel’s only incident with the network was when a girl started stalking her. Besides following her boyfriend, after finding out they were in a relationship, the girl started sending messages to Markel’s inbox. “She decided to message me telling me I was lying and he was her boyfriend,” Markel said.

Markel remarks how simple it was for the girl to track down—through Facebook— all the people around her boyfriend. “To solve the stalking, I told the girl that if she didn’t stop, I was going to report her to the police.”

She says that if the goal is to protect users from being stalked, then Facebook shouldn’t be free. She strongly feels that the problem should be fixed as soon as possible.

All the way down to Mexico, Michelle Moreno Fernández —or Michelle M.F —decided to change her user name to an abbreviation of her two last names. Moreno said, “Insecurity pushed me into doing it.”

A couple of months ago, after several reports of assaults and kidnapping planned through Facebook, the Mexican government took matters in hand. Through the media, Mexicans were advised to change their privacy settings and not to post private information to their profile pages.

Moreno supports the regulations that the Mexican government took. “Facebook is a source for people to find any kind of information about anyone putting users in danger,” Moreno said.

KianaAnn White, a sophomore Lindenwood student, thinks about the same. When White signed up on this social network she thought it was worth it. Now she thinks Facebook is distracting and wastes her time.

Many users constantly find themselves checking statuses and pictures and realize that they have been “Facebook stalking” others.

White doesn’t believe that these statements are necessarily true. “If someone posts something, they are completely aware that it is for everyone to see,” said White.

“I never resolved the issue because she blocked me,” Markel said. “I felt unprotected.”