Recap of Game Against Central Missouri 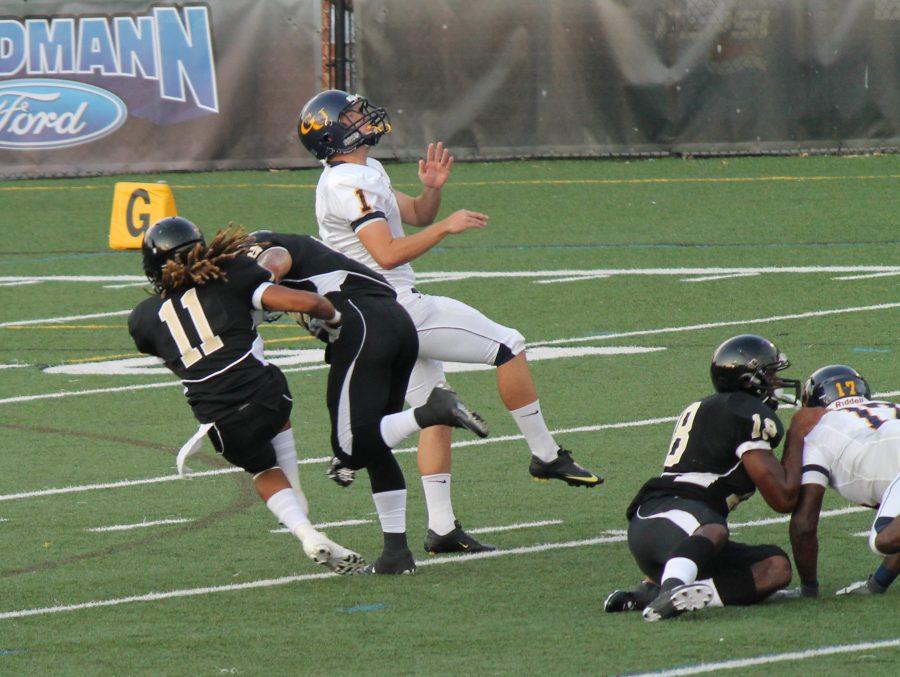 Football is a sport where a team needs to win inside the trenches and covert its third downs.

That is what Central Missouri did against Lindenwood. The Mules won the trenches and made their third downs. That propelled them to a 47-28 victory.

It’s the first time these two teams have played. The Lions are transitioning into NCAA Division 2 and have proven they can beat the best. However, facing a future MIAA opponent is a different story.

LU played a compelling first half and it only trailed 19-14. The third quarter is where the Mules put the game away. They scored 28 points. The Lions scored seven. Central Missouri scored a combined 19 points in the other three quarters. It put up zero in the fourth. LU managed 14 points in the second half.

“Nothing is going to come easy from this conference,” LU junior quarterback John Uribe said. “We came out and we started out good, we started out fast, but that goes to show that you got to play all 60 minutes.”

The Lions were 4 of 14 on third down conversions.

“We just couldn’t block ‘em. We couldn’t hold the ball long enough to get the ball down the field,” Ross said.

“We win like a team, we lose like a team,” senior linebacker Christian Golder said. He had eight tackles before suffering a leg injury in the second half and did not return.

The Lions are now 7-3 and travel to Edmond, Oklahoma on Saturday to face the Central Oklahoma Broncos. The Broncos are another MIAA team and their record is 2-8. Kickoff is at 2 p.m.